A Reconfiguration of a Modern House with Extraordinary Views 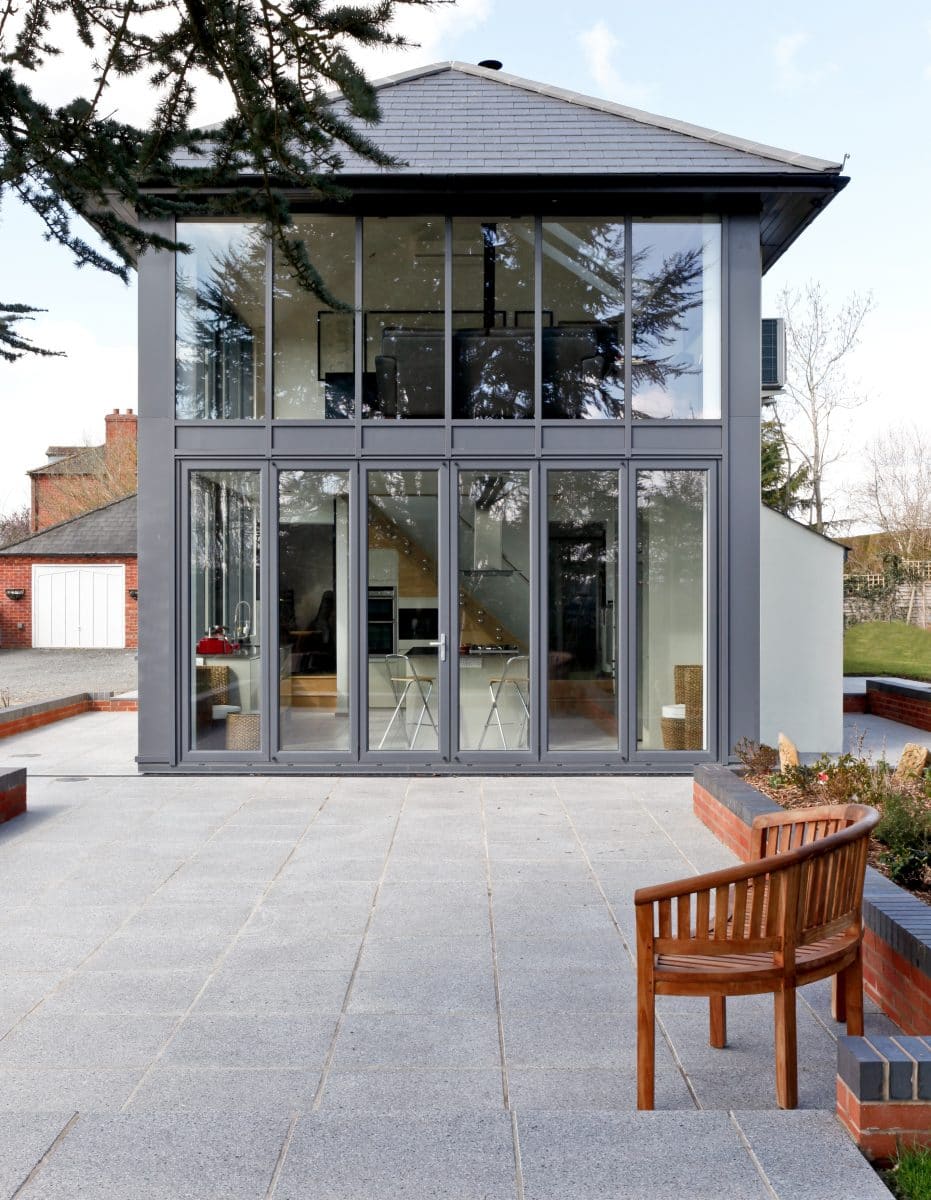 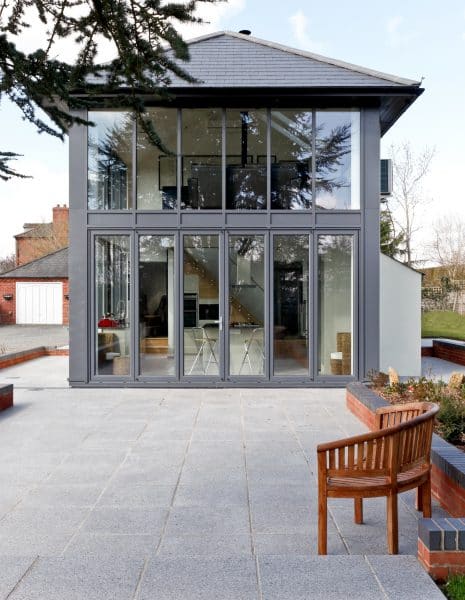 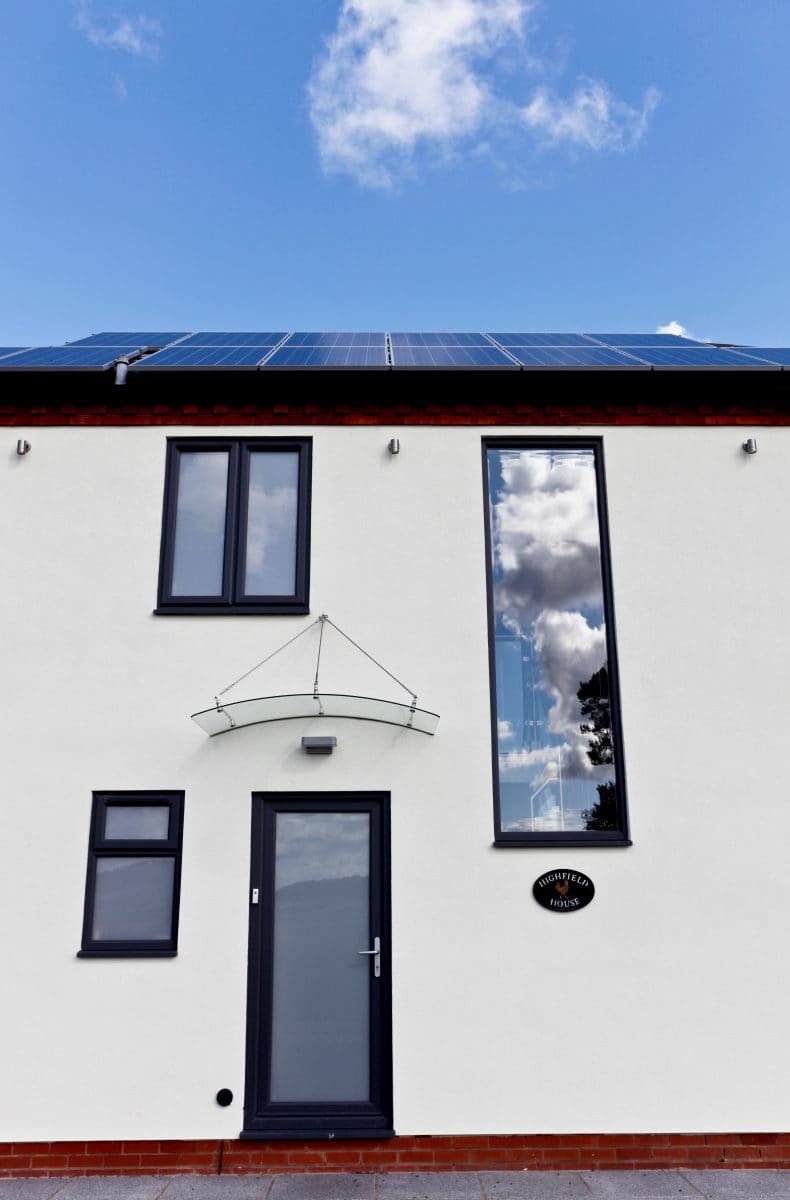 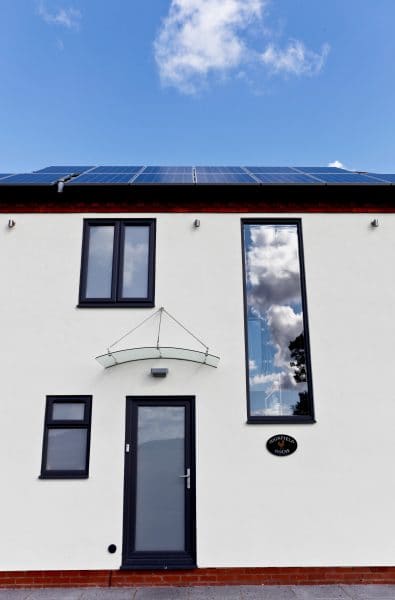 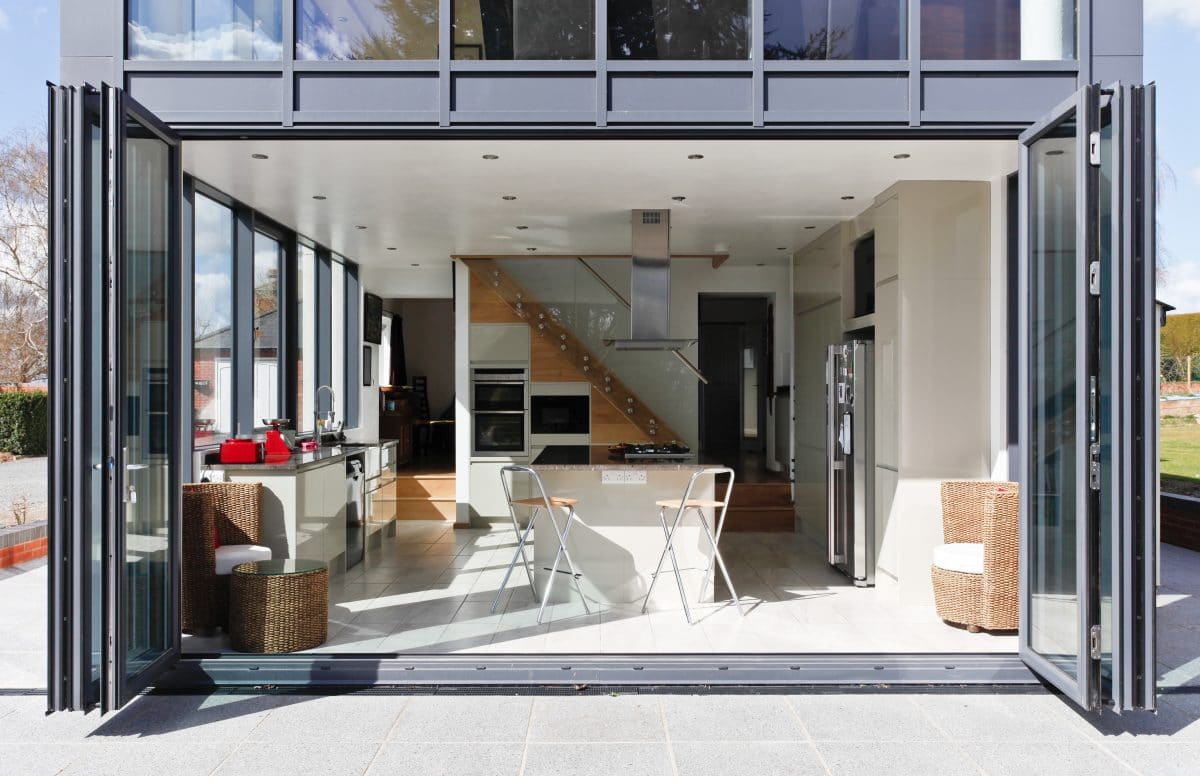 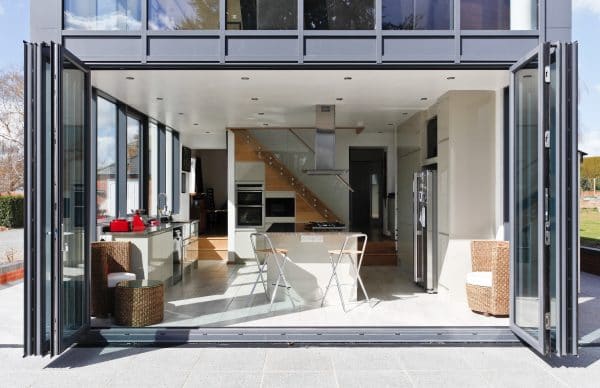 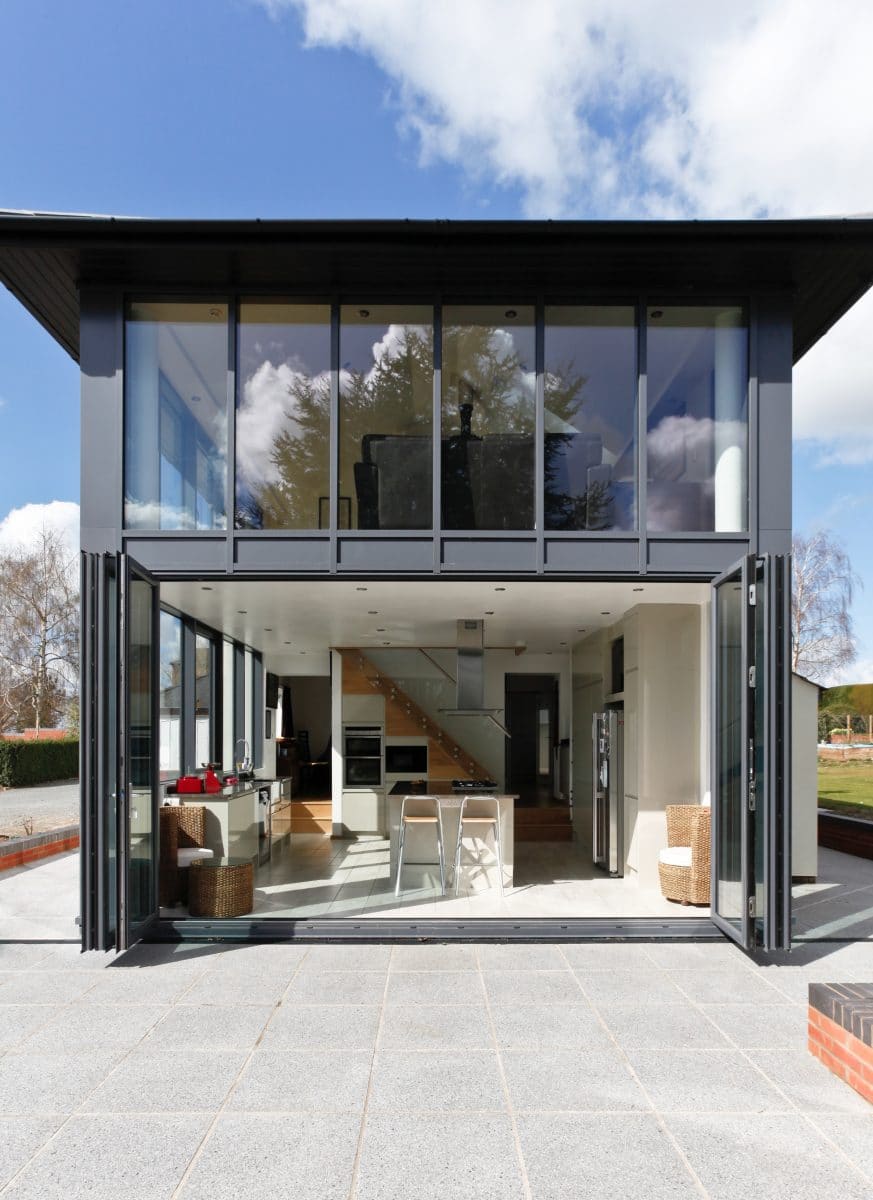 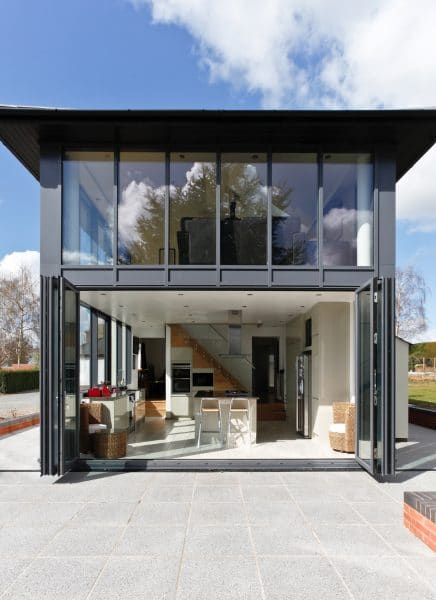 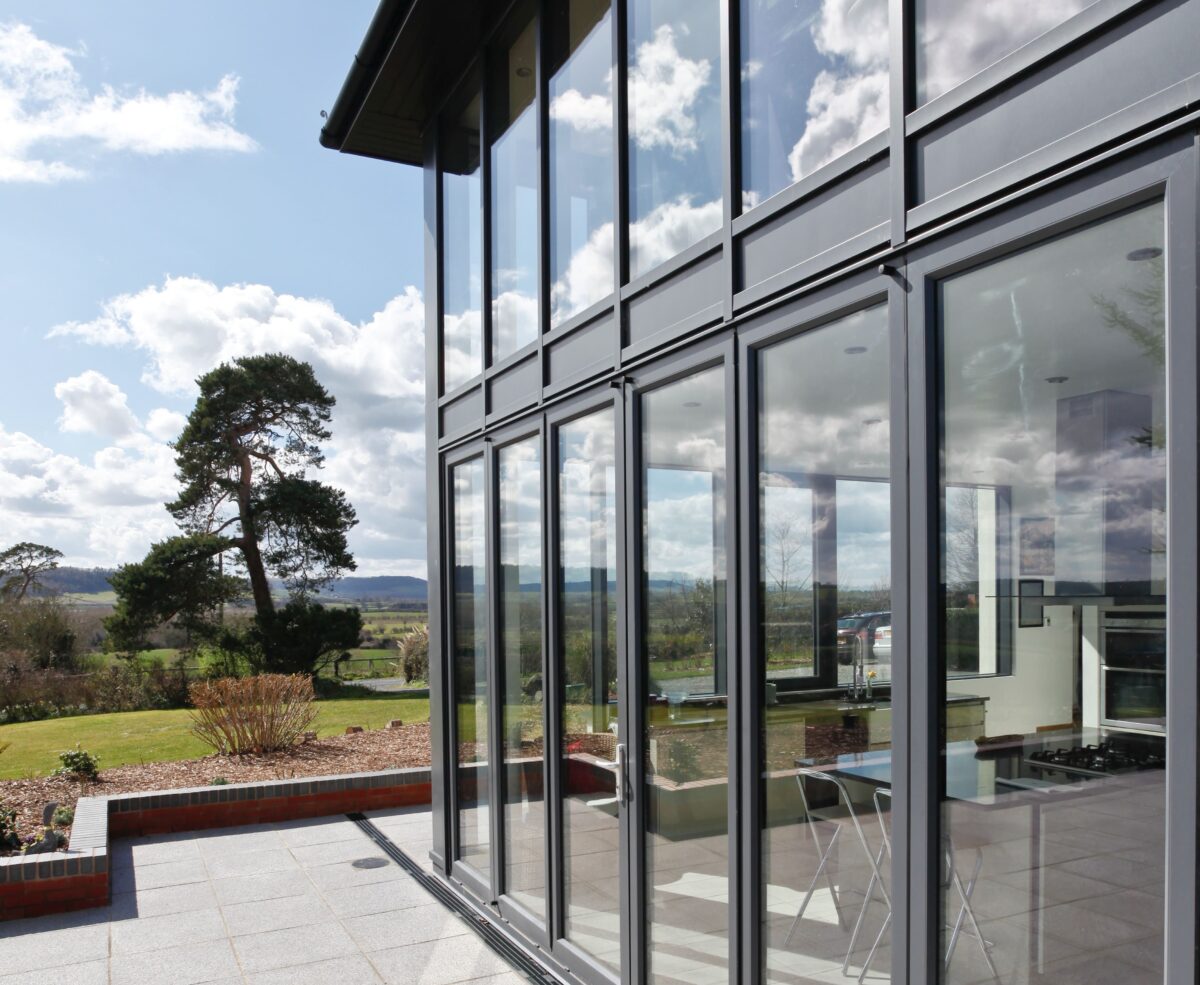 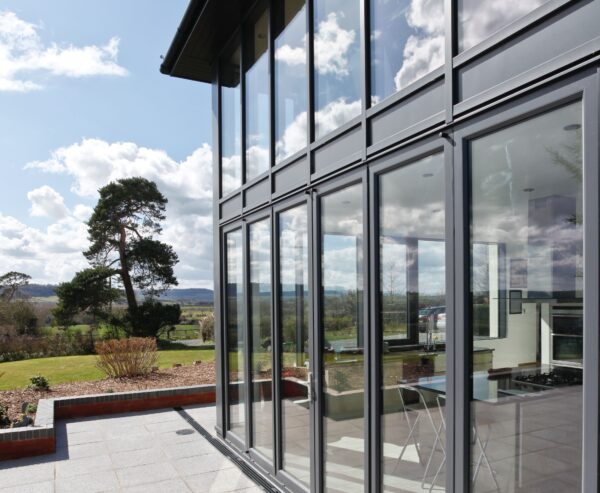 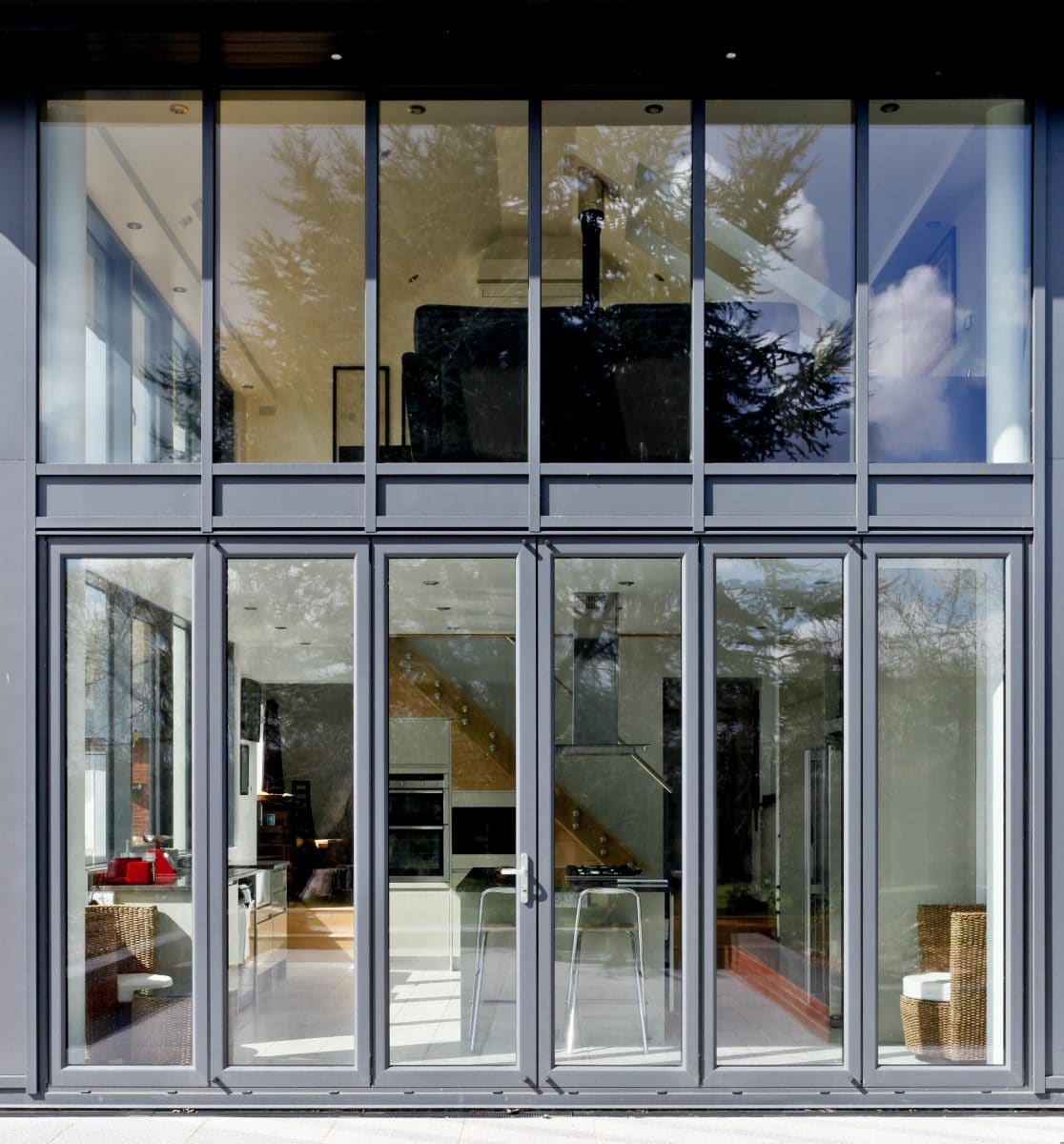 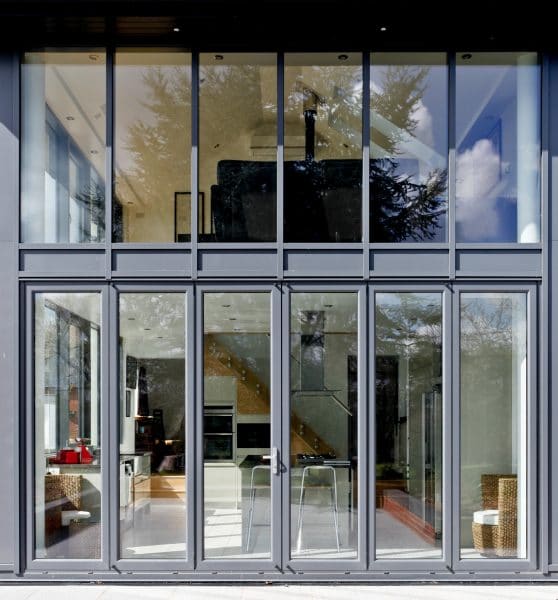 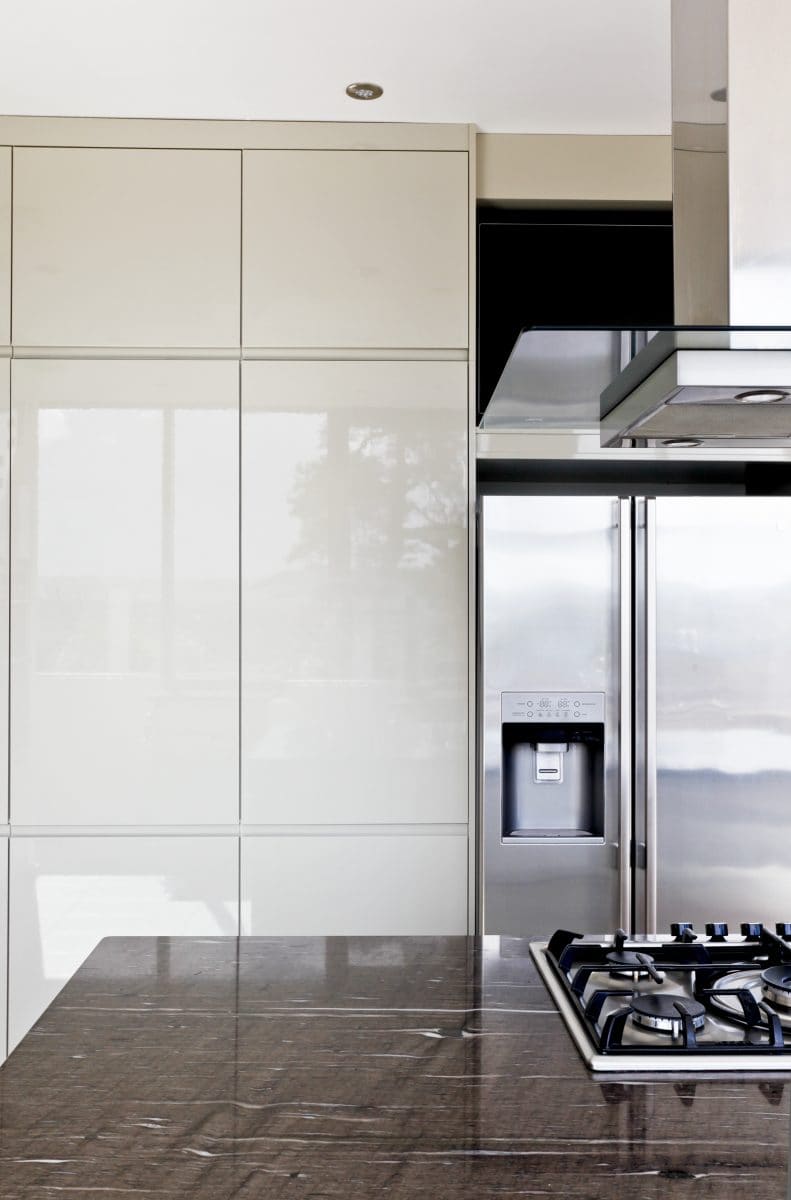 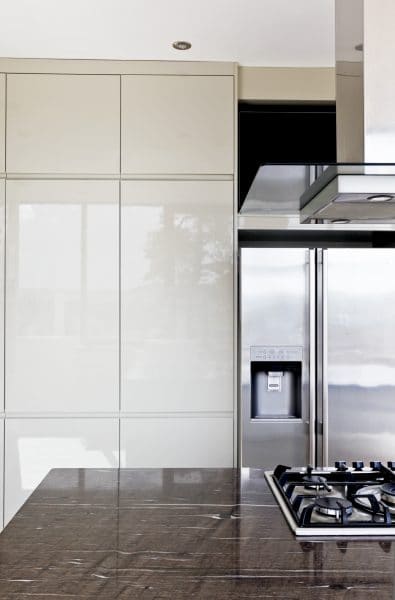 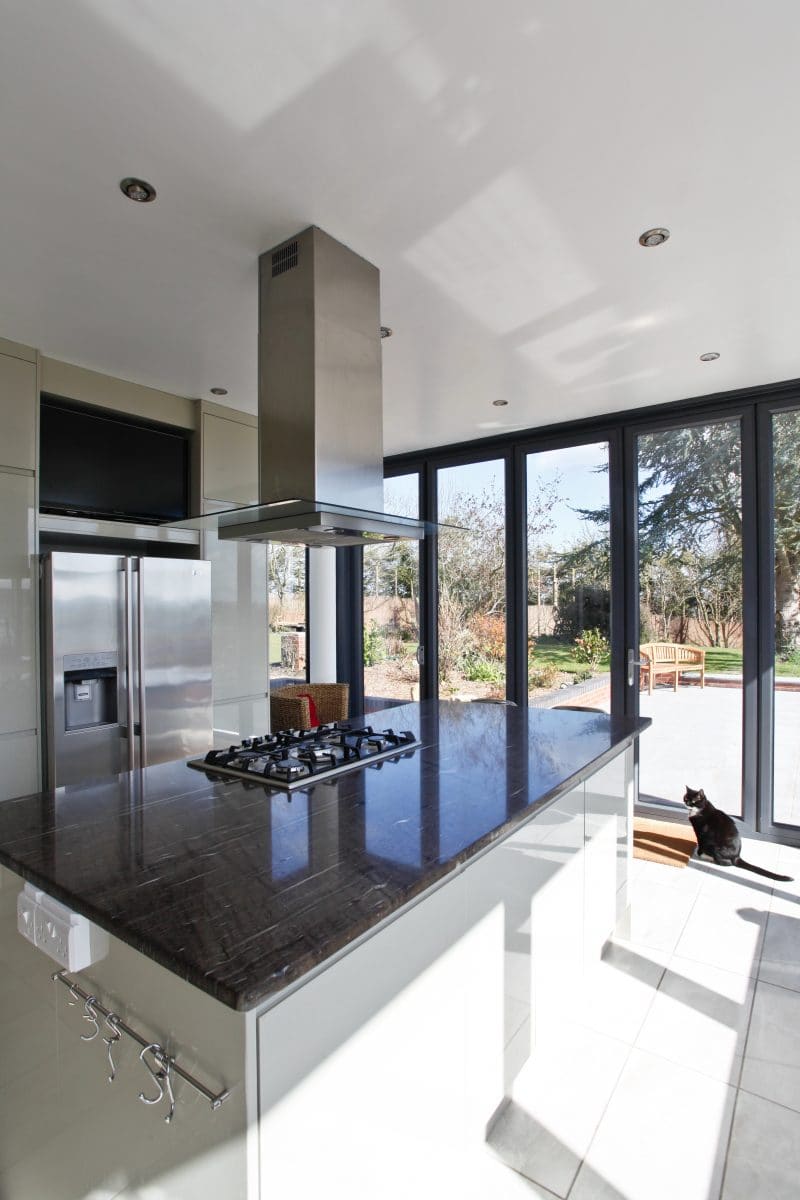 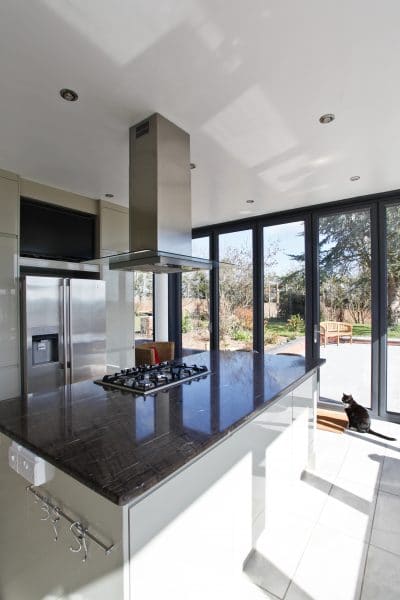 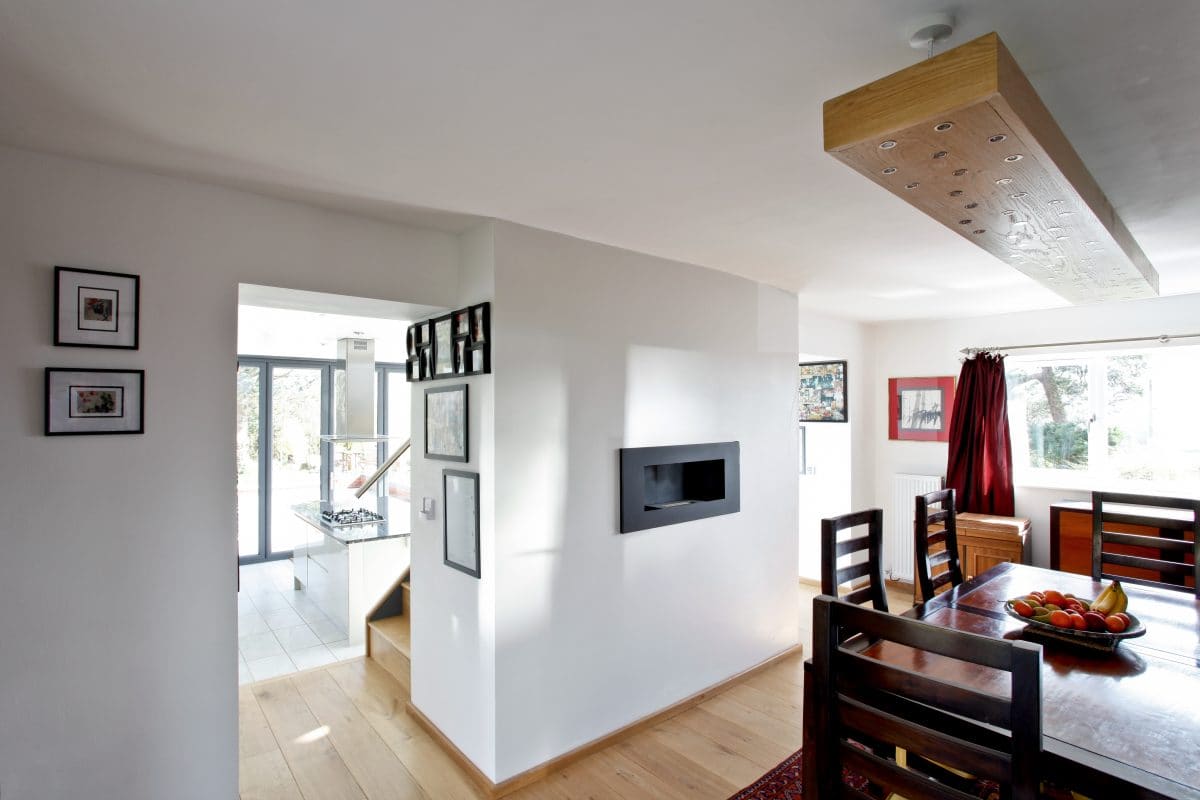 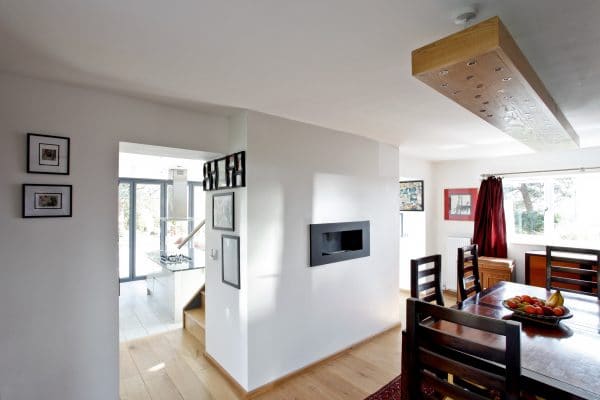 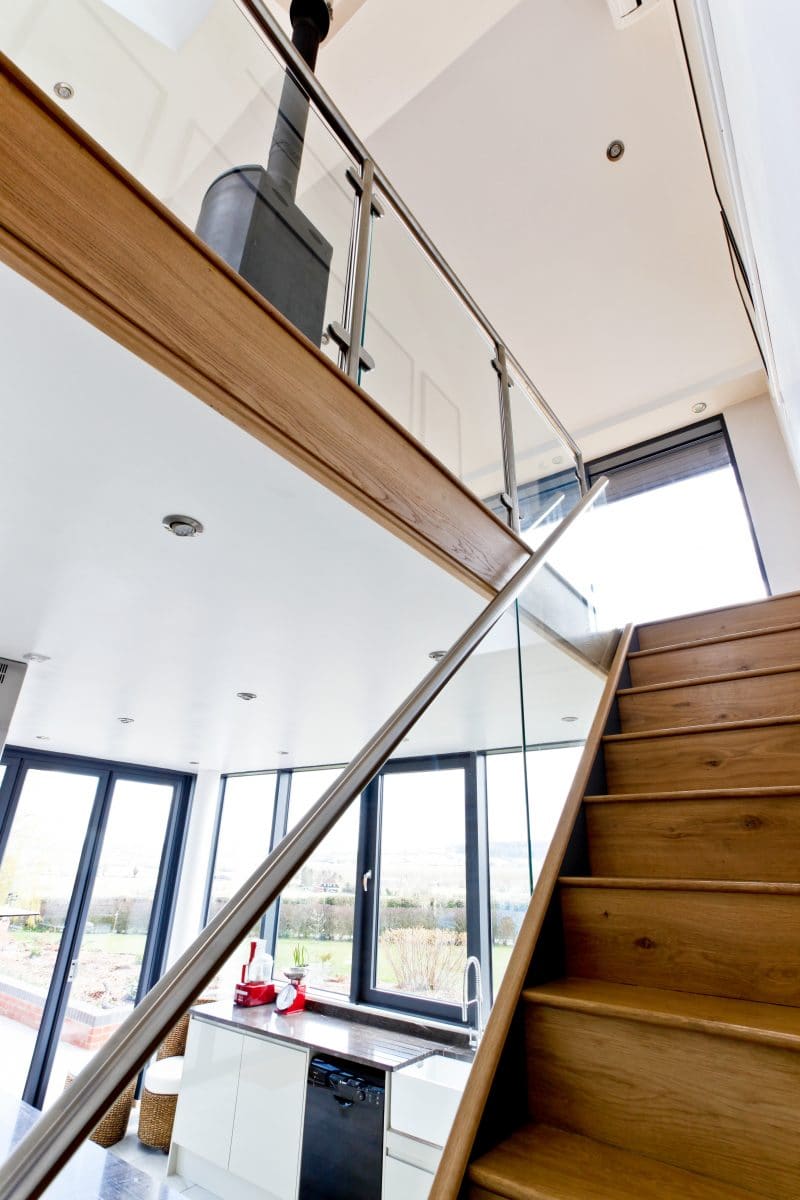 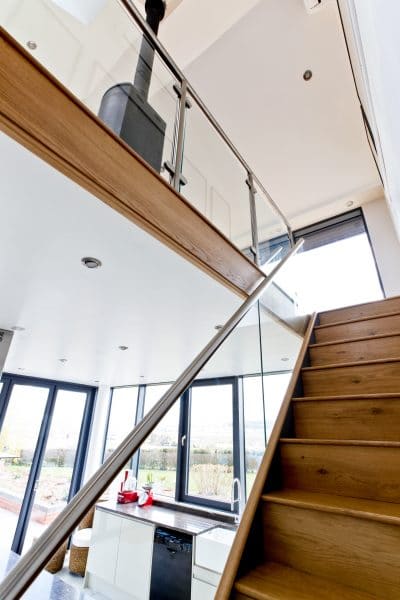 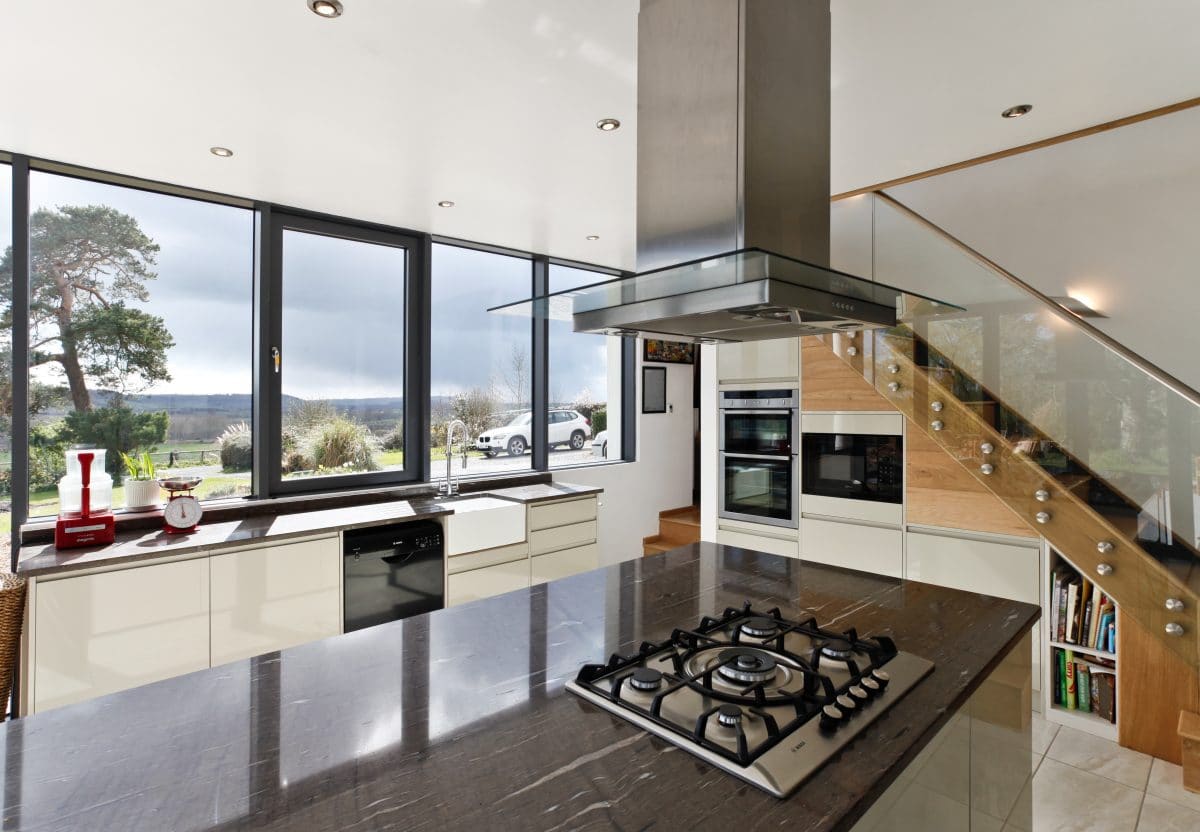 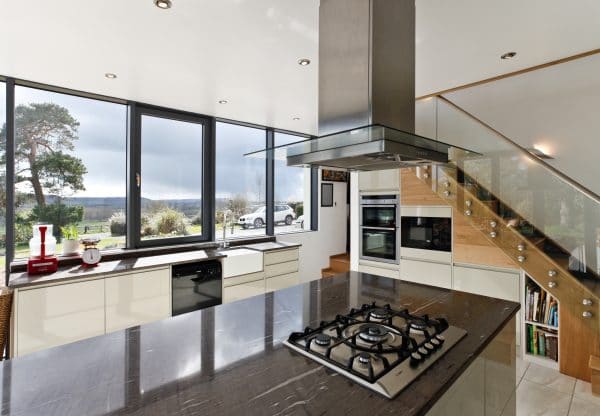 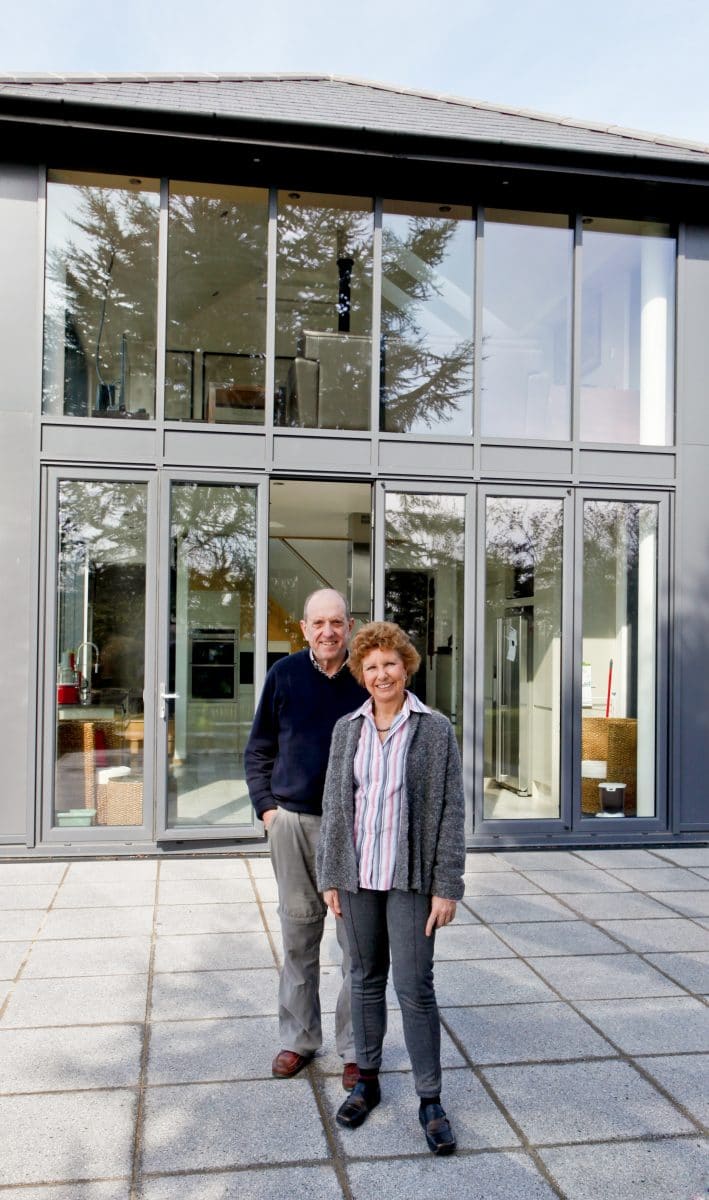 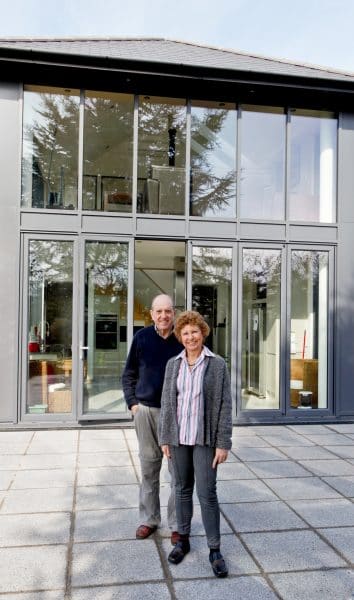 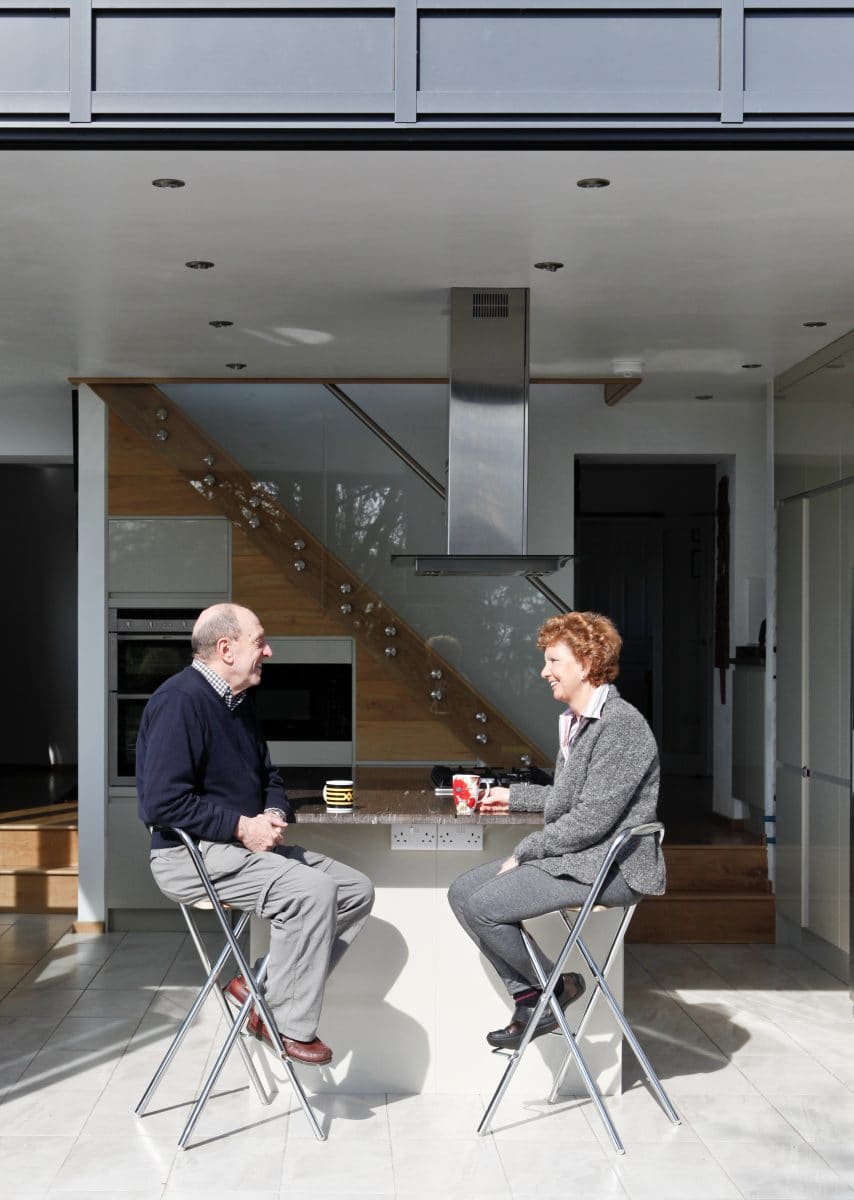 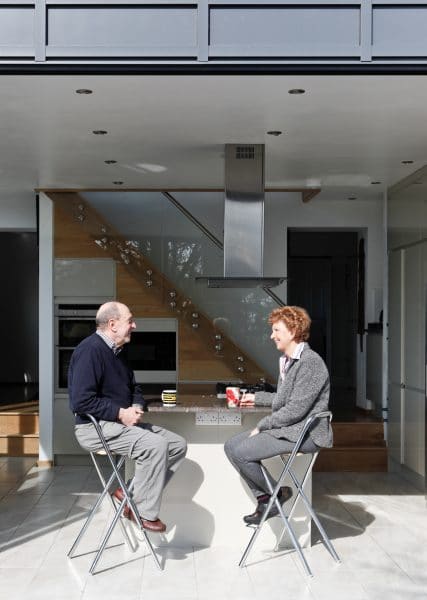 Our clients, Susan and Philip, had purchased a 1980s home in a stunning setting overlooking the Black Mountains and the river Arrow in north Herefordshire.

The site had extraordinary views, but the house was in need of overhaul and did not take advantage of its setting or allow our clients to live their lives in the way they wanted.

Our solution re-oriented the house so the main living areas take advantage of the site’s views and create a well laid out and coherent home that gives our clients the space they wanted.

Susan and Philip worked with us on Stage One and Stage Two of their project. This gave them a design they loved and the planning permission to build it. It also gave them a fixed budget that had been gained via competitive tender, a contract with a building contractor to undertake the work and all the information they needed to manage the project on site themselves. 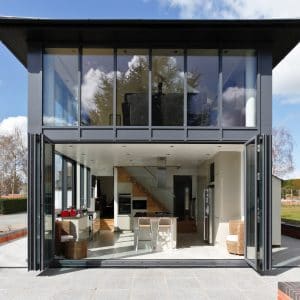 Our clients had relocated to Herefordshire for family reasons. They had fallen in love with the views and location of a house in the north of the county. However, the house itself was dilapidated and had been constructed in the 1980s to a design that did not make full use of the site’s setting.

“I set about compiling a shortlist of architects who knew the planning regulations for Herefordshire and were familiar with what was possible. The reason we chose Communion was because on their website I could see the use of modern materials and their design of open spaces.”

Susan and Philip had remodelled several homes before moving to Herefordshire. They had been happy to do this because the restrictions of the sites had made it easy to decide what needed to be done to make the most of them. On this occasion there were no such constraints and they wanted to be sure that they could maximise the potential they saw in the house and its site. They had ideas but they also wanted the expertise of an architect who could give them inspiration and provide up-to-date advice on the best new technologies and materials to use as well as experience of working with Herefordshire’s planning department.

The house presented several different options for remodelling. However, the one that took the best advantage of the views was one that also removed the failing conservatory and replaced it with a two storey kitchen and dining space that connected into the existing house and opened out onto a new paved area.

“The value of Alex’s input was clear from the start. On his first visit he was able to see that our own ideas wouldn’t take advantage of the huge views to the south and east overlooking our garden, the river Arrow, the valley and out to the west over the Black Mountains. He immediately proposed a solution that did.”

From our initial conversation we worked with Susan and Philip through Stage One and Two, refining the initial design until it gave them what they wanted.

“We had several meetings and after every meeting we felt we’d taken great steps forward in creating something that was unique to us.”

Our solution made the new space double height and put the sitting room on the second floor so that two rooms could make the most of the outlook.

“The final design was a collaboration between Susan, Alex and I. For example, it was Susan who identified we should put the sitting room upstairs to take advantage of the views … With his detailed technical knowledge Alex was able to say ‘you can do this; you can do that; here are the sun angles for summer; here’s how you insulate it.’”

We also remodelled much of the interior so it adheres better to the principles of the choreography of the everyday.

“We’ve knocked down quite a few of the internal walls so as you walk in you get a vista of the hall and you flow through into the dining room and then the kitchen with its stunning views. We’ve got large apertures or double doors instead of single doors so it all runs through together.”

The house was not listed but the changes required planning permission. We made a Pre-application Enquiry and worked closely with Herefordshire Council’s planning department to ensure that the relatively large two story extension was still subservient to the original building. The pre-application process gave greater certainty at formal submission and meant we could continue work while waiting for planning permission to be granted because all parties were confident of a positive outcome. This allowed the clients to proceed quickly to site as soon as planning had been granted.

The Truscotts worked with us on Stage One of their project, strategic ideas and design, which gave them planning permission, and Stage Two, which gave them a detailed technical design including foundation and structural design, window design and specification, technical detailing, insulation requirements, stair and kitchen design, electrical and lighting schematics and finishes schedules. All this information was scheduled and then issued as part of a competitive tender process in order to secure the lowest possible market price for the work and appoint a contractor to undertake the build for the agreed price. Because Philip and Susan had gained experience on other building projects, they were happy to manage Stage Three, the build itself, themselves.

“I’ve never seen that before.”

“We have days when it’s been misty in the valley and we’ve sat for 15 minutes and watched the sun burn it away. I’ve never seen that before.”

The house is now a coherent and stunning place to live and is in tune with its landscape. Our clients are delighted with the results and how it has transformed their home.

“We really looked forward to the build being finished and enjoying the house. What we didn’t realise was that we’d enjoy it quite as much as we do. One of the things that’s very important to both of us is a house that allows you live the way you want to live and this house really lends itself to social living. We do a lot of entertaining and it really is a very functional house and it flows. We’re more than delighted with what we’ve got and we very much feel that it’s a house that’s unique to us.”

Thinking about a home extension or building a new home?