How to design a successful kitchen extension 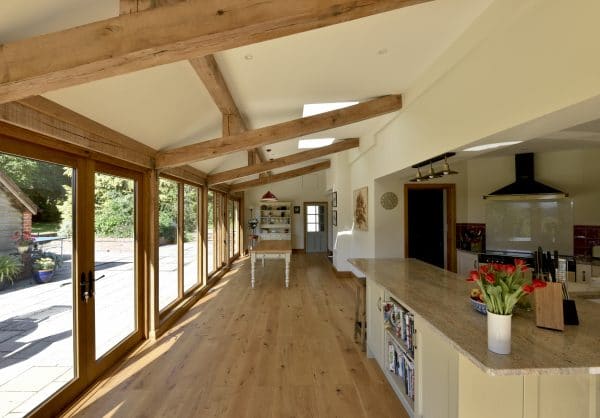 Many of our clients come to us because they want to create a bigger, lighter, more usable kitchen that incorporates a dining area and a living area.

The obvious answer is to build a big extension but this may not be the right thing to do. A large extension may make the original room darker. It may take away the connection between the inside and the outside. It may unbalance the proportions of the rest of the house. It’s also important to remember the obvious point that bigger spaces cost more to build than smaller spaces.

Here at Communion we have developed a way of working that creates a bigger space by taking things away rather than adding them. For example, we know that by removing two walls in your existing home and adding a smaller extension you can create a space that feels four times larger than your existing kitchen.

The first thing we look to do is remove the wall between the kitchen and the dining room or sitting room. Even though you haven’t added any space, you will have effectively doubled its size. You will also have decreased the amount of circulation space you need. (What you take away is more important than what you add has more on this.)

Remove one external wall to add the extension

The next step is to remove one external wall entirely – floor to ceiling, side to side, securing it with steelwork.

You can then add an extension that’s the same size as the new room you created in the first step. You have thus created a kitchen that feels four times its original size without building a big extension.

The key is to remove the wall entirely. If you only remove a portion of the wall, you create two problems. Firstly, there’s a funnel effect as you transition from the existing space to the new space. Second, the existing space effectively becomes an internal room with not enough natural light. Even with the existing windows, it’s likely to feel darker and smaller. 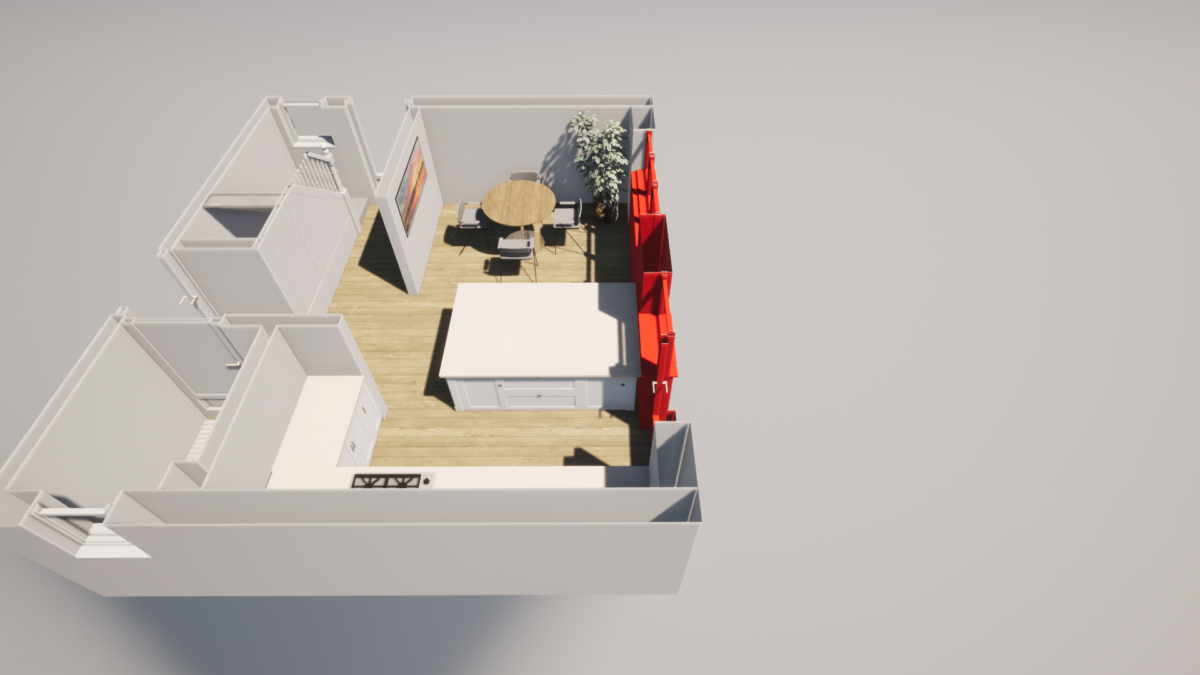 Maximise natural light in the extension

We’ll typically have an open ceiling in the new space, so it will be higher. The roof will be glazed or have roof lights too. We’re also likely to have glazed walls rather than brick ones. We don’t just do this for aesthetic reasons or because humans love living in natural light. It’s important because bigger rooms need much more light than smaller rooms. Daylight typically only travels 1.5 metres into a space, so if you have a room that’s four or five metres deep but only has small windows, the space will feel dark. 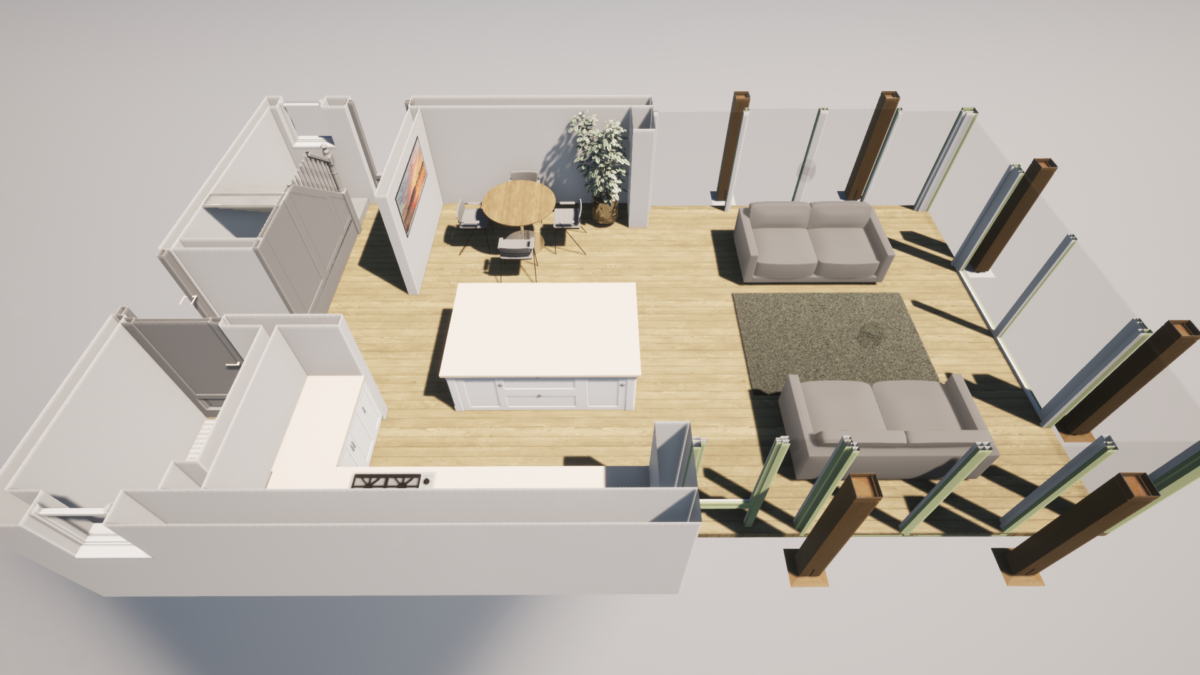 These steps help you create a bigger, lighter, more usable kitchen that can incorporate a dining area and a seating area as well as more kitchen space. At the same time, by keeping the amount of space we add to a minimum, we can help to keep costs and disruption to a minimum.

What you see beyond the walls of your project is also vitally important in terms of the impact on the internal space. With many of our projects, we include an element of external works and form terraces which then open onto gardens. The effect of this is to allow the inside space to run seamlessly to the outside. We often give a terrace the same look as the internal floor finish, for example by using the same or similar tiles inside and outside. This extends the sense of space, dissolving further the glazed walls that would otherwise end the internal space and start the external space. Running the same material also allows for a more nuanced and enjoyable experience, as well as creating a useful area that’s associated with the house where you can enjoy the garden. 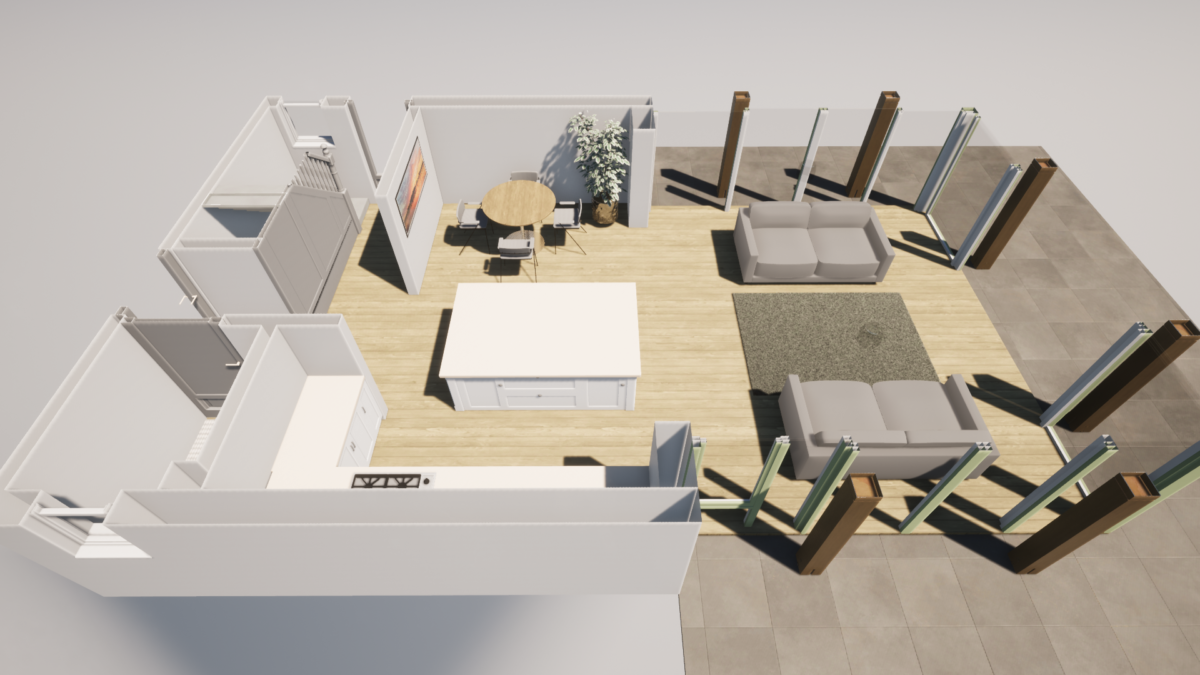 See this approach in action

To see how this approach works in practice, you might like to look at some of our projects:

Thinking about a home extension or building a new home?