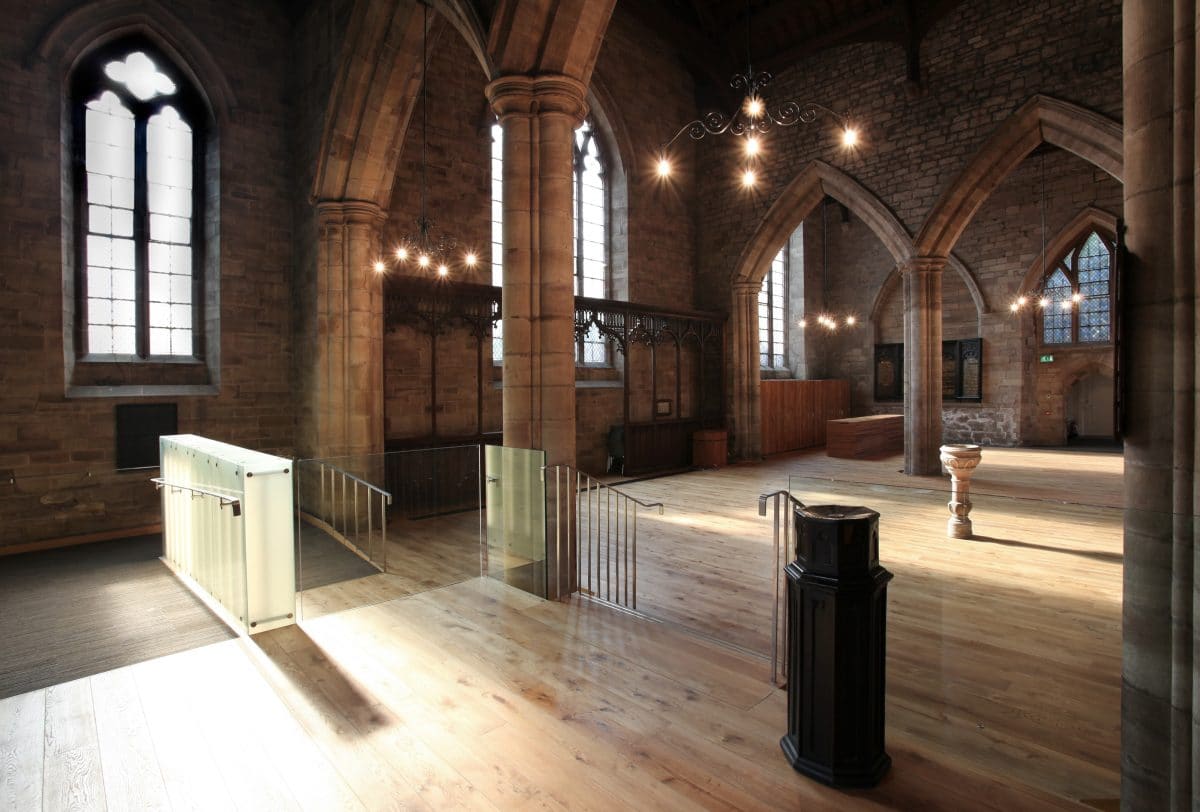 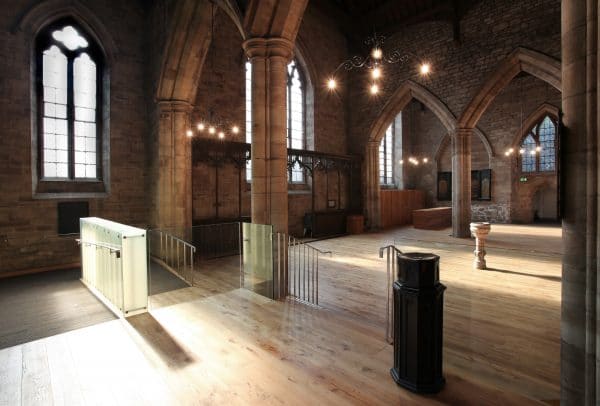 The re-ordering of St Peter’s Church in Hereford was completed in September 2012. Six months on, we spoke to Janet Strevens, a member of the core team at St Peter’s, to find out how the new space is working.

“The results cheered us all up. We have so many more possibilities now.”

Janet describes the church before its re-ordering as “cold and dark”. So it’s perhaps not surprising that her first thoughts on the new space are that it is “light, comfortable, warm and relatively draught-free.”

“We are still finding new ways we can use the church and that’s very exciting.”

Here are just a few of the ways the new space is being used, apart from being somewhere where people can come when they need help or inspiration:

“The prayers of centuries have soaked into the stone and it still feels like a church.”

The re-ordering has transformed the interior of St Peter’s radically, but Janet can only remember three members of the public who were horrified by the change. Most people, she says, are “blown away by it”.

For people within the church community, the decision to change the space so dramatically was a daunting one. Happily, the feeling is that the results have given them much more flexibility, and crucially, none of the atmosphere of the church has been lost in the process.

“It’s the little touches: the kitchen counter features the same five crosses as the communion table because food is communion too.”

Right from the start, the committee appreciated Alex’s enthusiasm and wealth of ideas which helped to shape their thinking. “He was tuned in to what we needed and there are beautiful, thoughtful touches everywhere.”

“It is working as a church should.”

For Janet, the most important result of the re-ordering is that the church is once again playing an active part in community life. For us, it is wonderful to see how the team is putting the new space to work and still discovering new ways in which it can be used. Long may that continue!