Creation of a New Retail Environment in Abergavenny 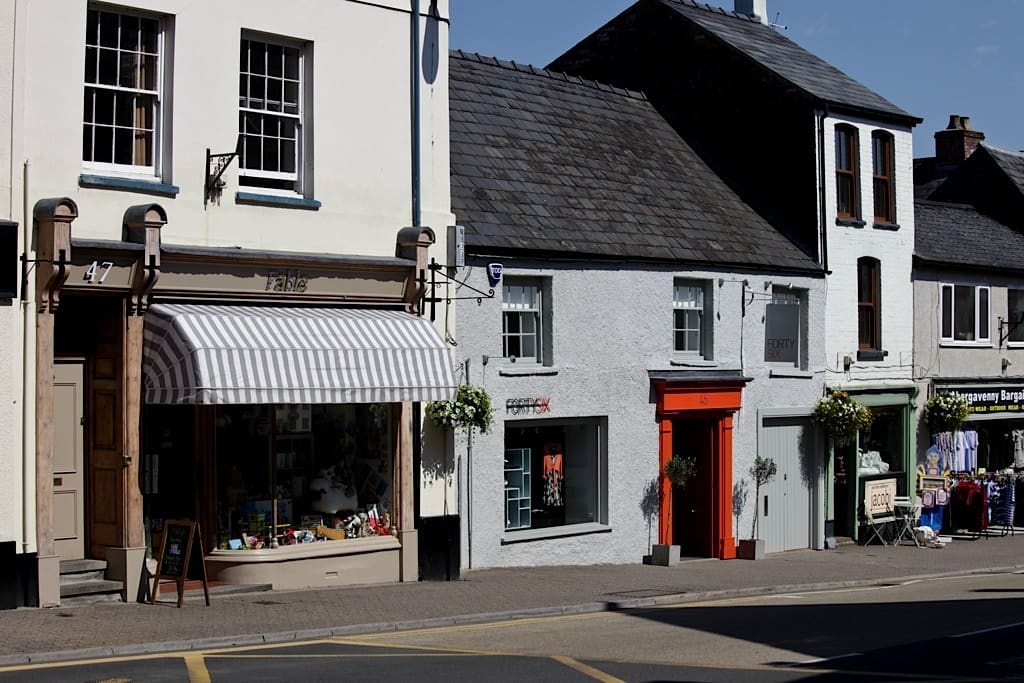 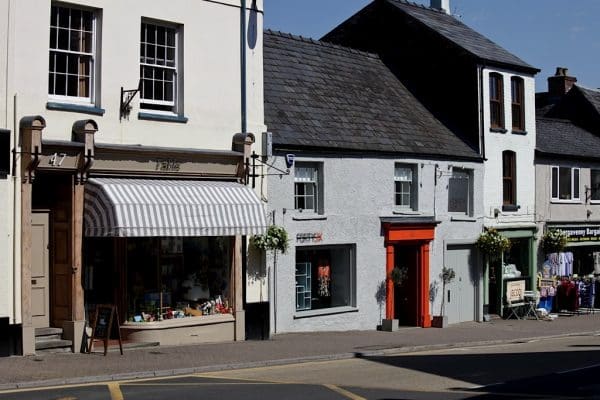 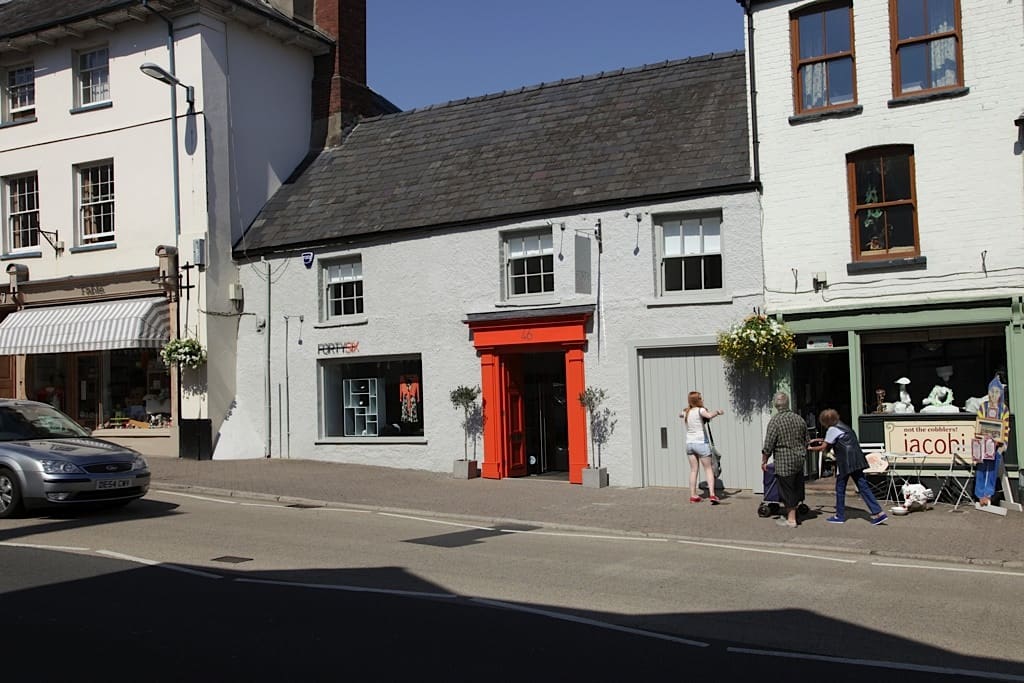 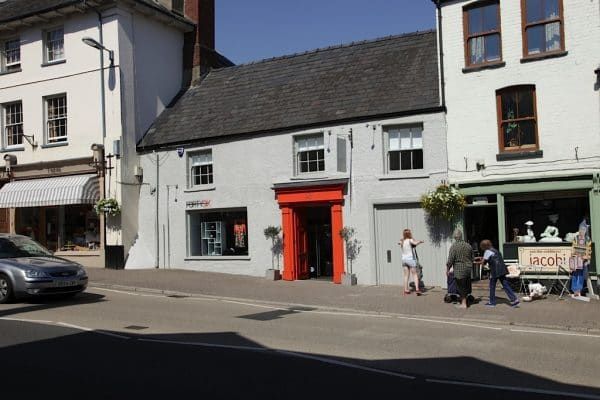 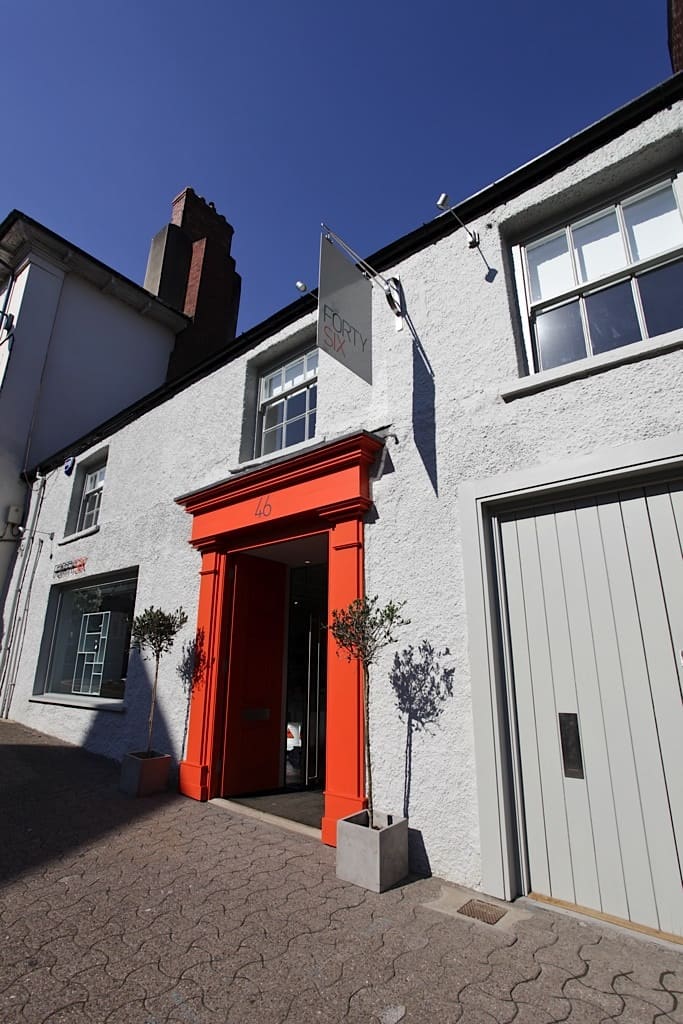 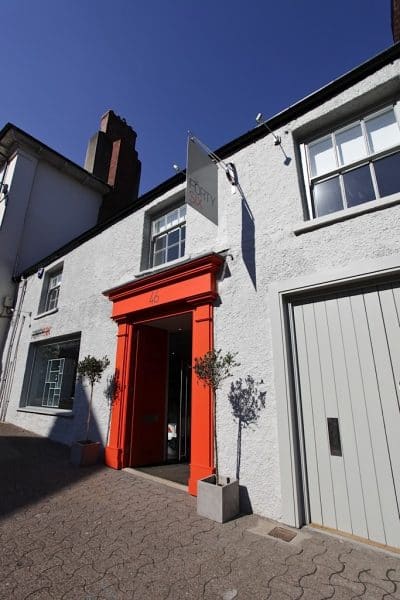 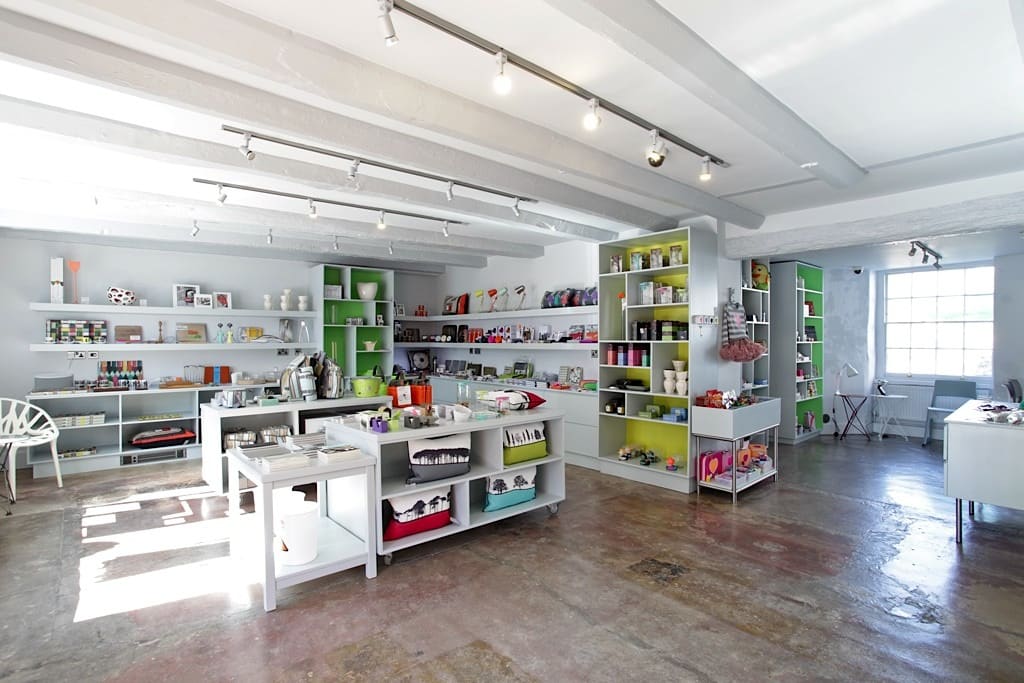 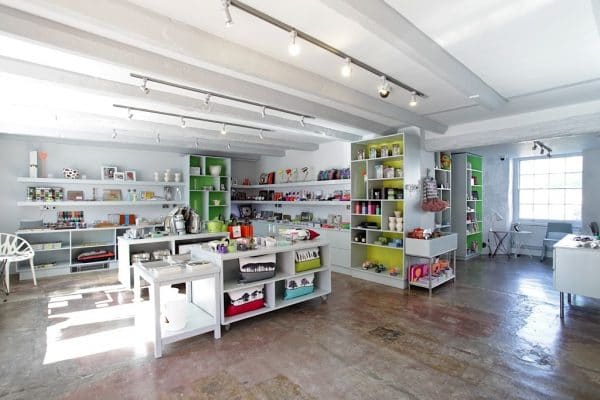 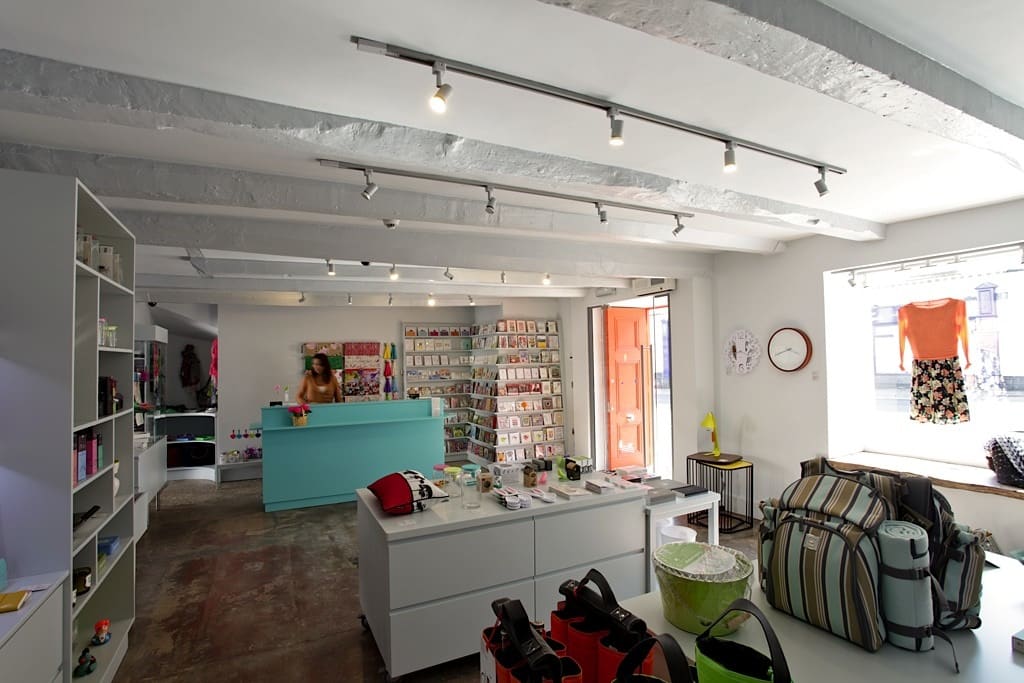 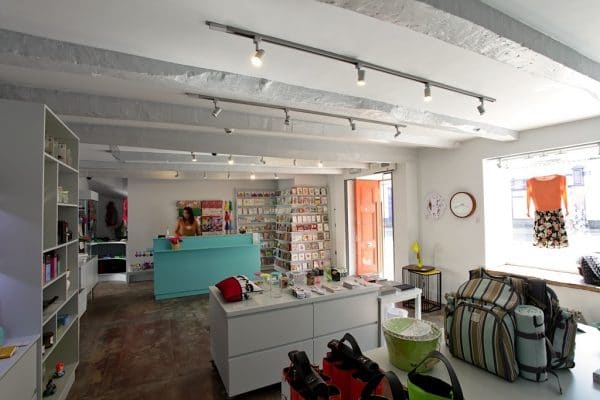 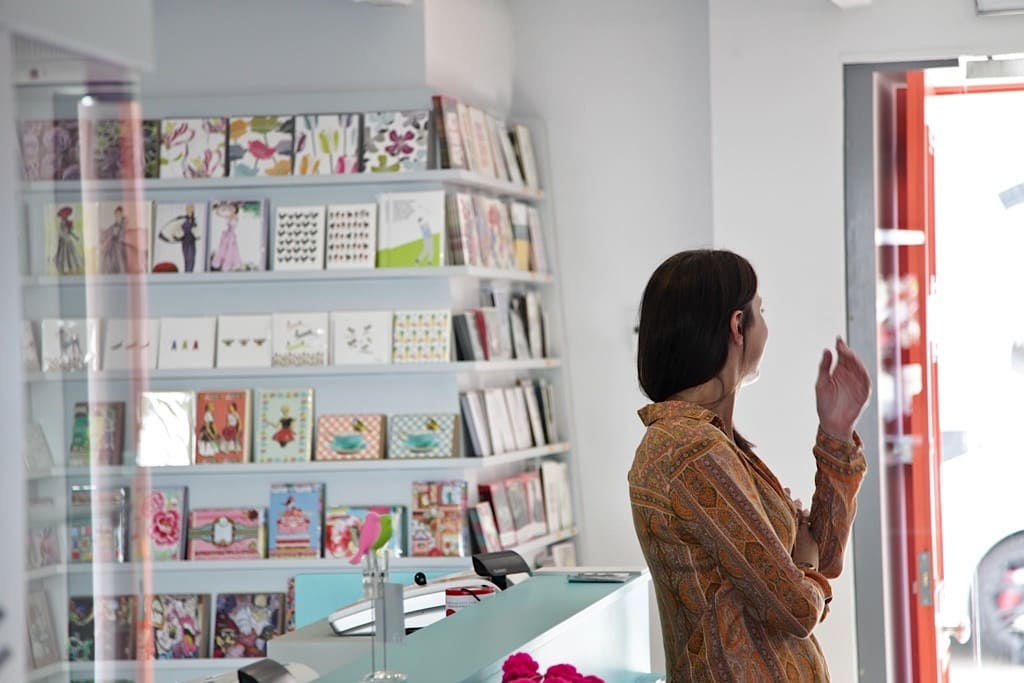 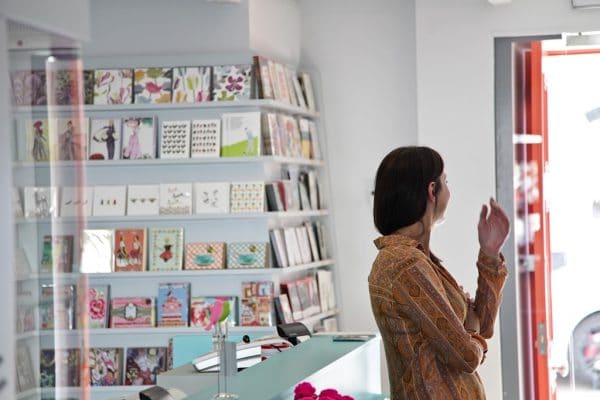 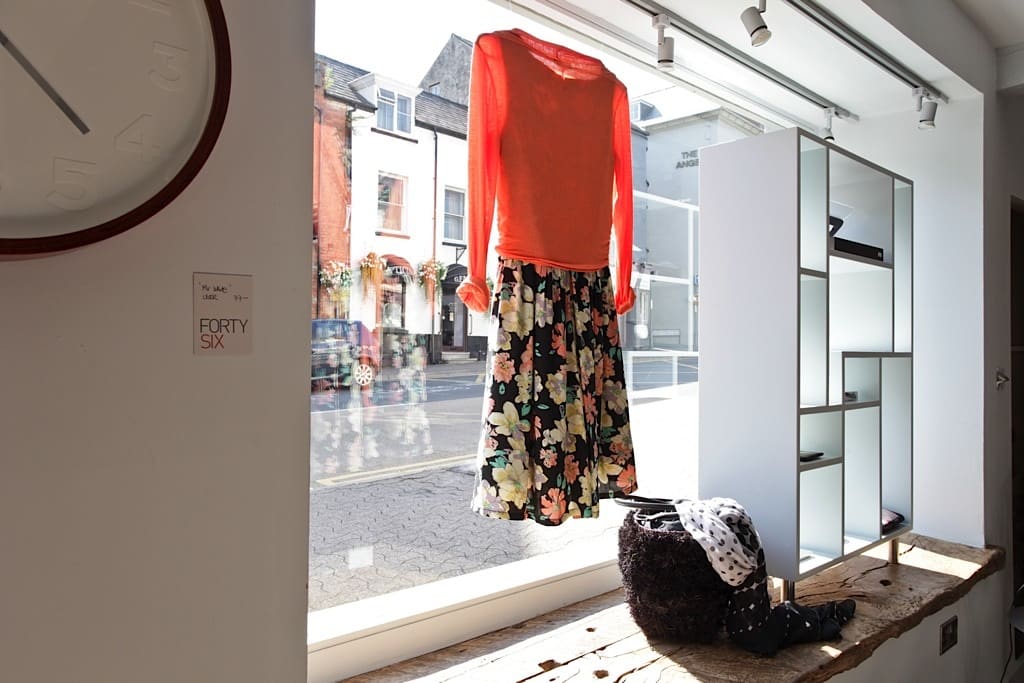 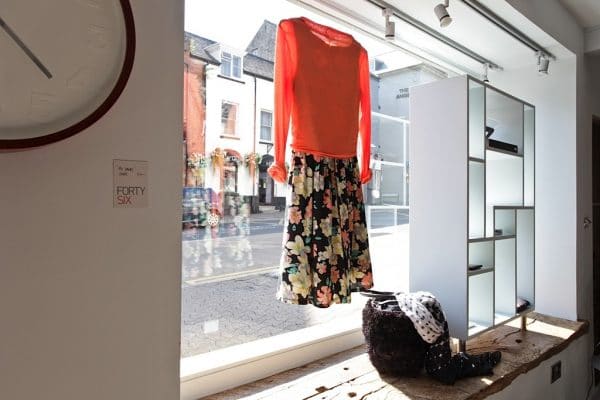 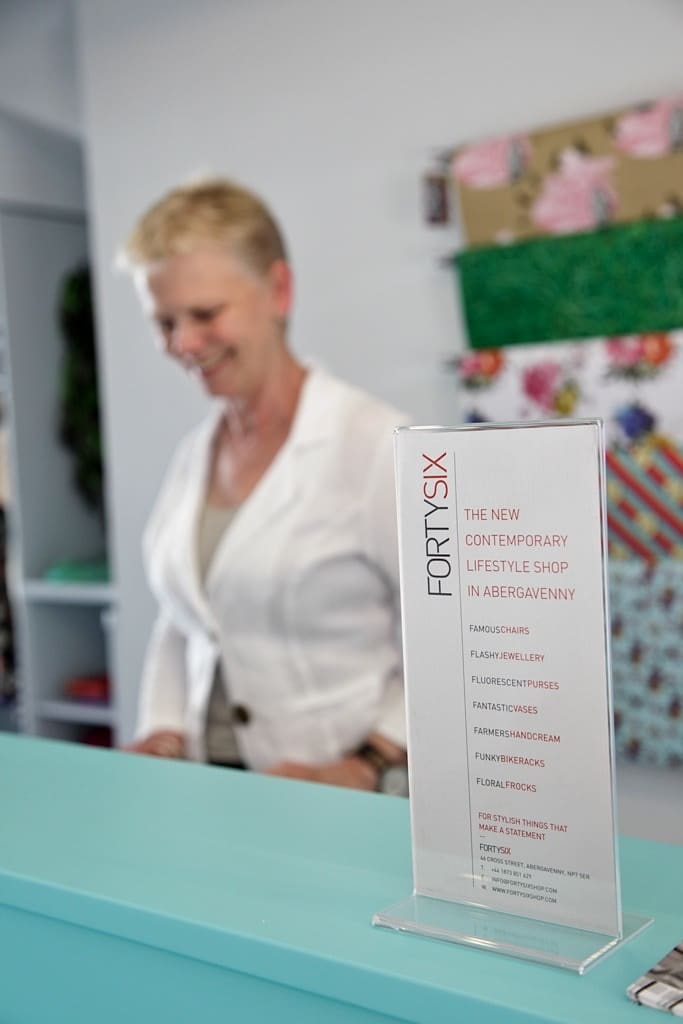 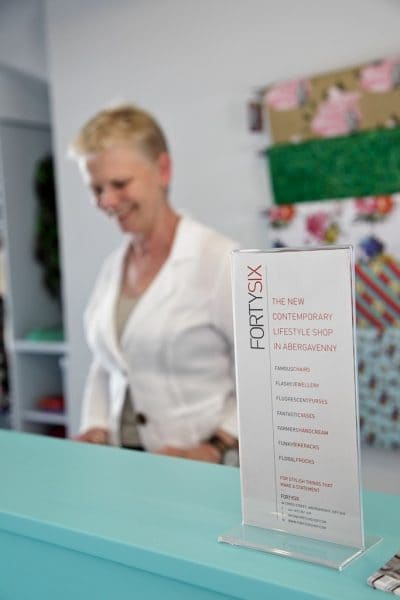 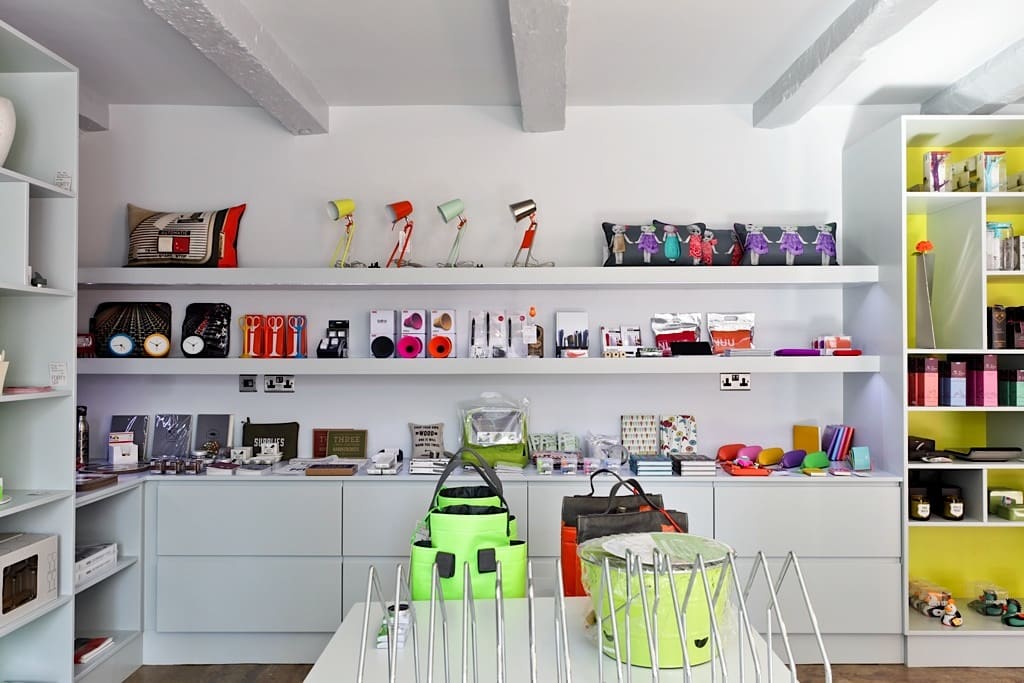 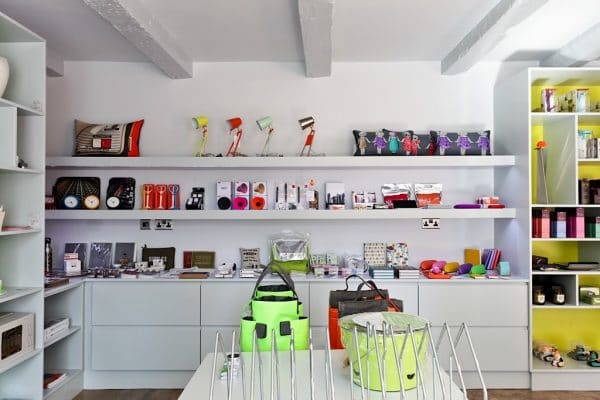 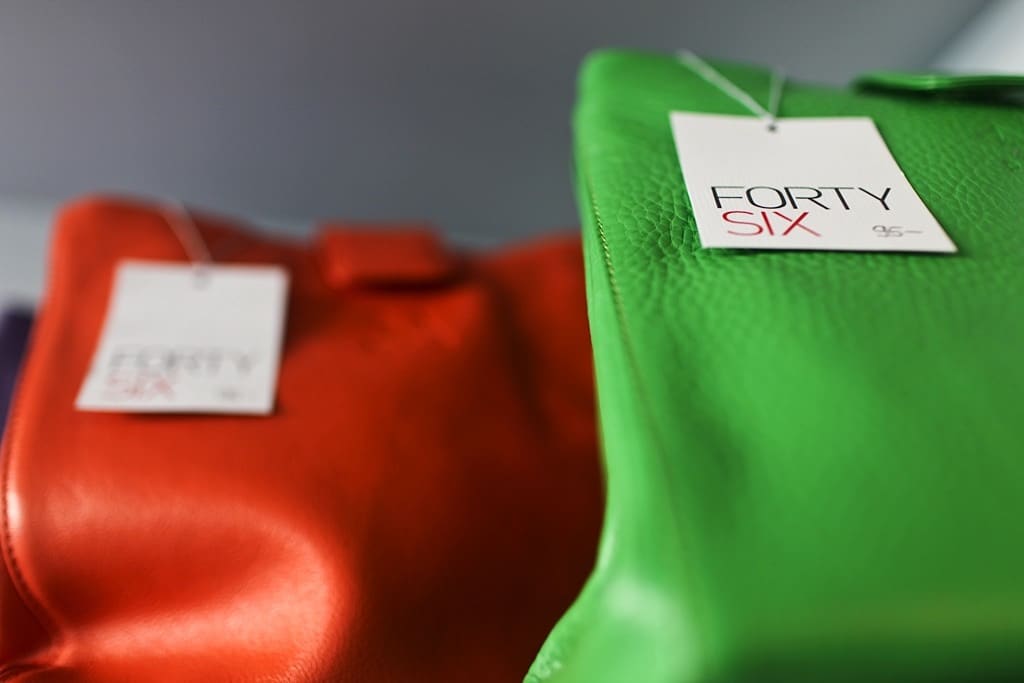 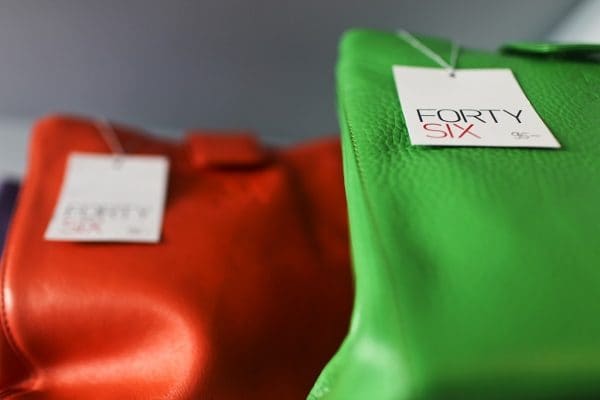 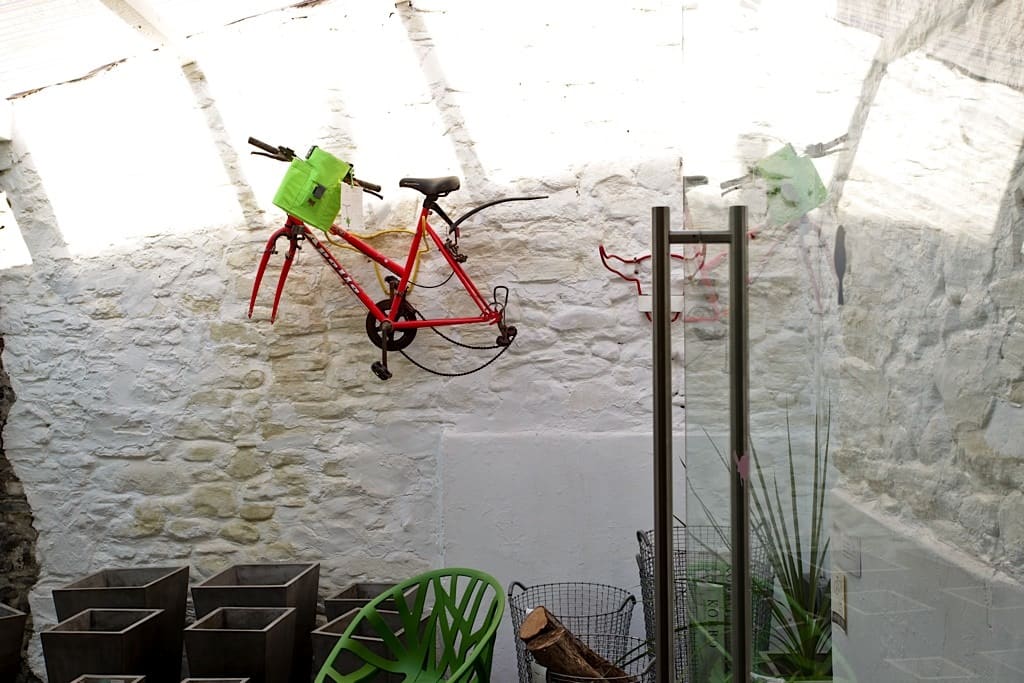 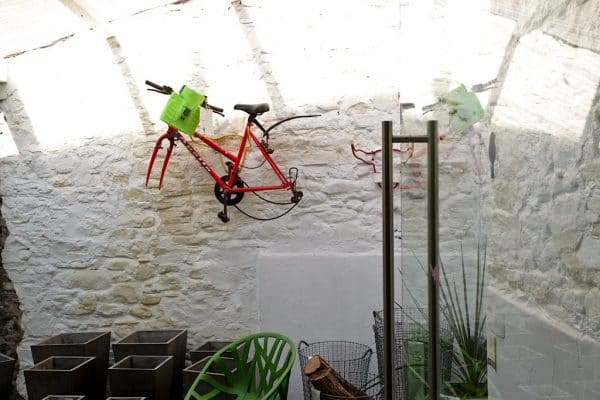 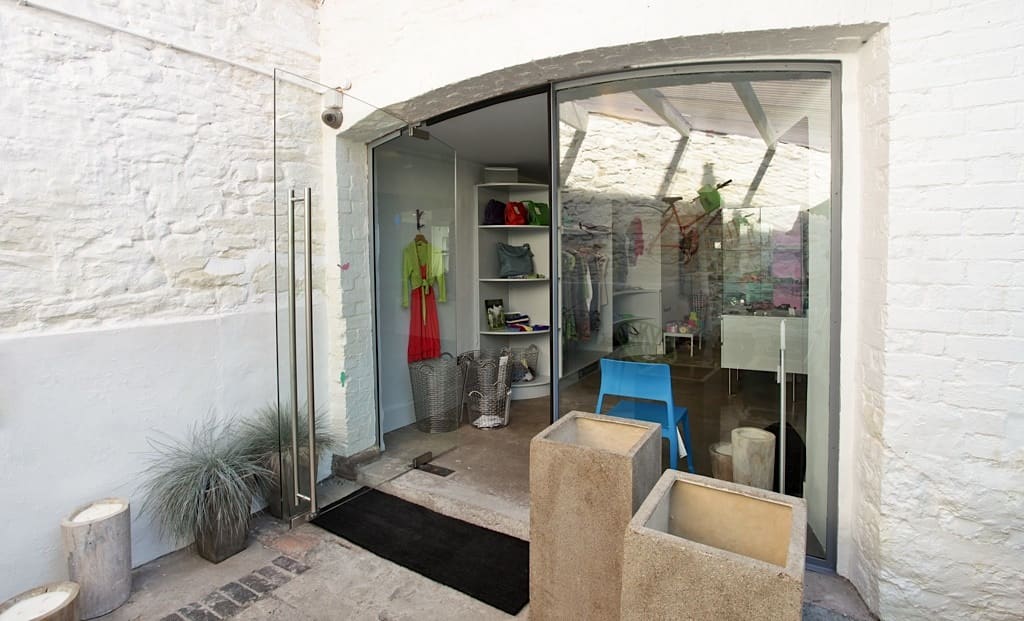 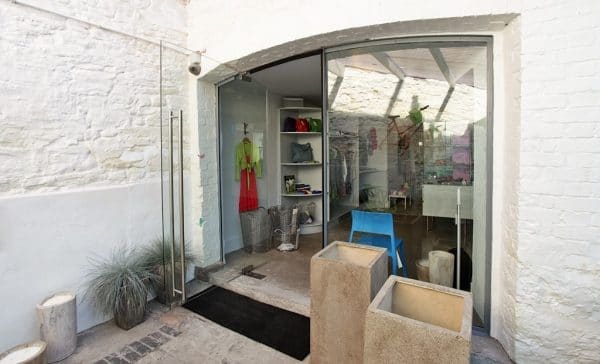 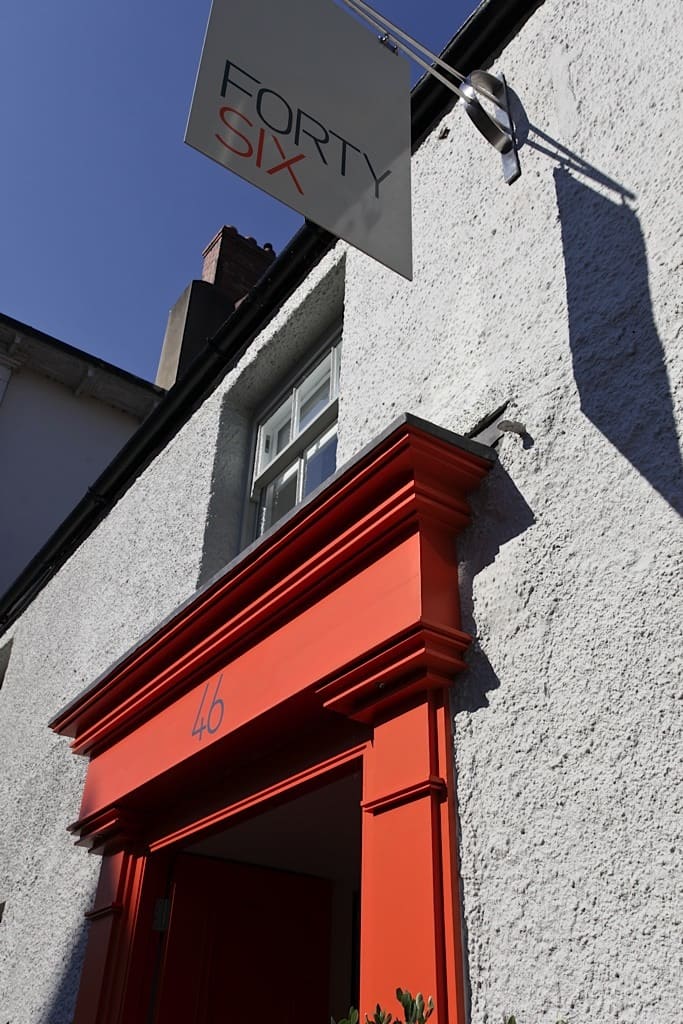 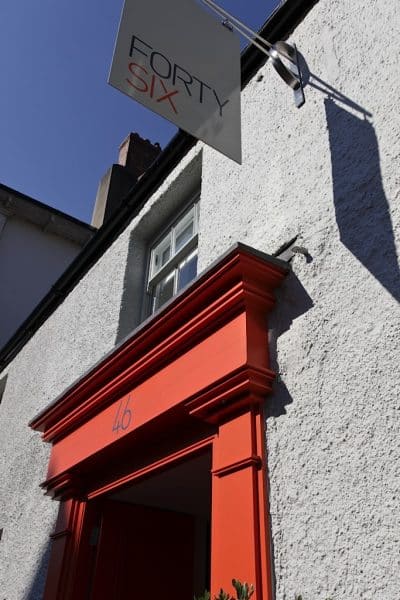 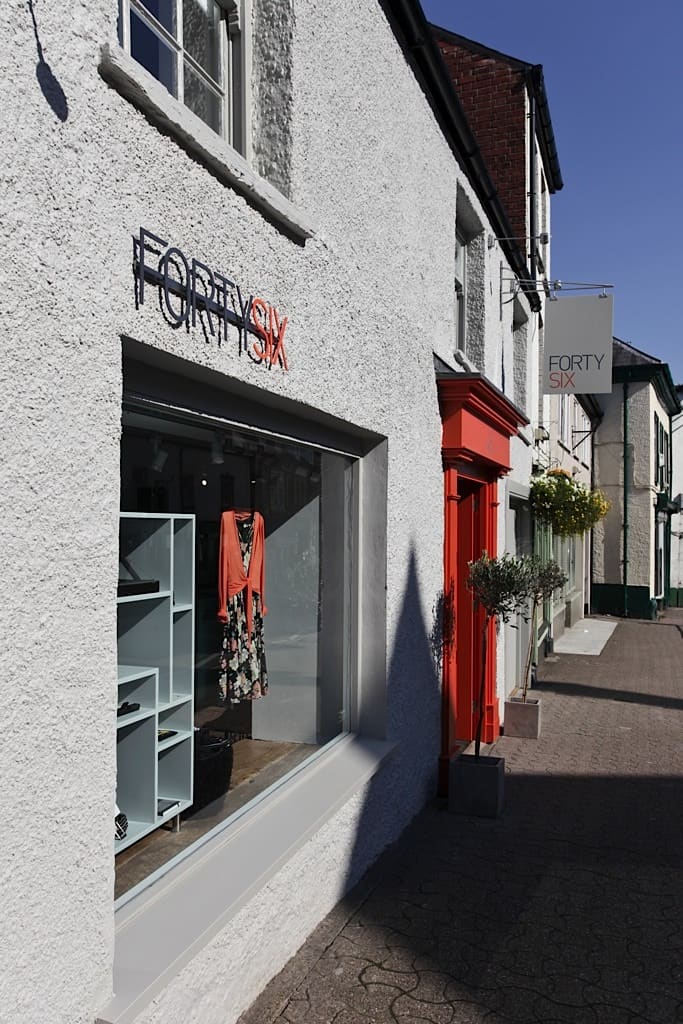 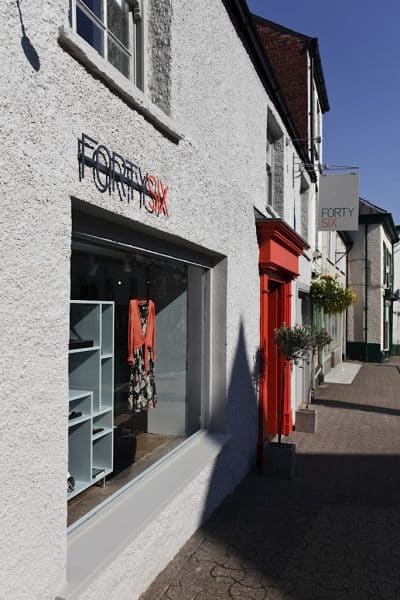 Our client had acquired a sixteenth century coaching inn, listed Grade II. The building had gained Planning and Listed Building Consent for alterations, but the permissions did not meet our client’s aspirations to create a contemporary lifestyle shop, or add to the understanding of the building’s significance.

However, with a fixed date to open the shop, works needed to commence immediately and there was little time to make a new application.

A solution was needed to enable building repairs to be carried out within the timeframe, whilst also amending an existing consent to ensure that the final outcome would reinforce heritage values and deliver a high quality design. The result is a striking destination shop clearly set in a historic environment.

The building is a sixteenth century Grade II listed coaching inn at the south end of Abergavenny town centre. It had undergone alterations in the Georgian era and further, less flattering, alterations had been made during the 1950s and 1970s.

“Alex is an incredibly modern and insightful architect but he has also studied conservation architecture. He breathes life into historic buildings – he is the only person I would have trusted with this work.”

The south end of the town centre traditionally has lower footfall. The client needed to create a memorable shop front and shopping experience to attract a greater footfall to this part of the town and her shop.

The building had Planning and Listed Building Consent for a new shop front but the proposed design was not consummate with the listed building or with the experience that the client wanted to create. A new application could have been made, but this would have meant missing a key period in the annual retail calendar so was not an option on this occasion.

The client approached us to develop a solution that worked within the confines of the existing consents but also created a destination shop.

The first step was to create the shop’s brand. We worked with a brand consultant to develop a brand that reflected the client’s vision to create a contemporary lifestyle shop. Once the brand vision was in place, we could look to apply the brand principles in a manner that would also reinforce the historic significance of building’s fabric.

For this project, the shop’s door provided the key to the solution to the shop front. The existing door, which dated from the mid-twentieth century, held little historic value. However, historical photos provided visual evidence of a significant Georgian doorcase.

The existing Planning and Listed Building Consents suggested returning the shop front to be reminiscent of its Georgian history, an approach which the client, conservation officer and architect all felt had merit. By returning the door to its Georgian proportions we could create an iconic and dramatic shop front that would perfectly reflect the brand and give a narrative to the historic story of the building.

“Alex built an amazing rapport with the conservation officer. His conservation experience meant they were able to speak each other’s language and were able to work together in harmony. As a result, we had no problem getting approval for our plans.”

We worked with Monmouthshire’s Conservation Officer to develop a solution that was based on historic precedent but did not try to recreate the past. The photos we had showed the scale and form of the doorcase, but did not reveal the surface decoration. Two possibilities initially presented themselves. A contemporary solution that would create the drama of the doorway in the manner of its time or a historically appropriate solution based on photographic evidence, pattern books dating from the Georgian era and relevant examples locally. The first possibility could not be realised within the time frame. The second ran the risk of running into pastiche. After much conversation, the proposed solution was to execute the doorcase in a manner that remained as faithful as possible to the Georgian design and proportions as could be properly ascertained from the photographic evidence. However, since the photographs could not supply the evidence for the surface decoration for the doorcase, it was agreed that this should be where contemporary design should emerge. Therefore while the final design of the shop front clearly gives evidence to its historic Georgian aesthetic, it also is clear that the executed design is firmly of its time. Finally, the door was finished in a bright orange lacquer from a historic paint range, in line with the shop’s new brand colours.

“The working relationship we had was excellent. Alex never sees problems as problems, so whatever problem you bring to him, he’s never negative about it, he only sees it as something to be resolved.”

When it came to the shop’s interior, Communion advised on negotiations to consider which partitions could be removed without affecting the significance of the listed building. Involved in this was the consideration of the building’s history as a coaching inn. In this incarnation, it would have been possible to visually connect street to yard, a line of sight and visual connection that had been lost in later phases of development. Through the works carried out on site some of this visual connection was able to be reinstated. This has advantages in terms of providing an improved understanding of the historic building and also delivering a much more engaging shopping space.

With this in mind, simple steel and plate glass doors were installed at the rear of the building. The minimal approach means the modern insertion is visible while at the same time emphasises the historic fabric of the building.

“Against all the odds, Alex is the person who persuaded the conservation officer to allow an orange door, something which was central to our branding. Everyone in the town knows us as ‘the orange door’ shop, so his input has given us the visibility that we always wanted.”

The outcome is a dramatic destination shop that attracts a great deal of attention, helps to bring shoppers to the south end of the town and reflects a strong contemporary brand identity that can be carried through all elements of the shop experience such as the website and the bags. At the same time, the investment in the building’s historic fabric has repaired and conserved it but also provided an innovative use that secures its long-term future.